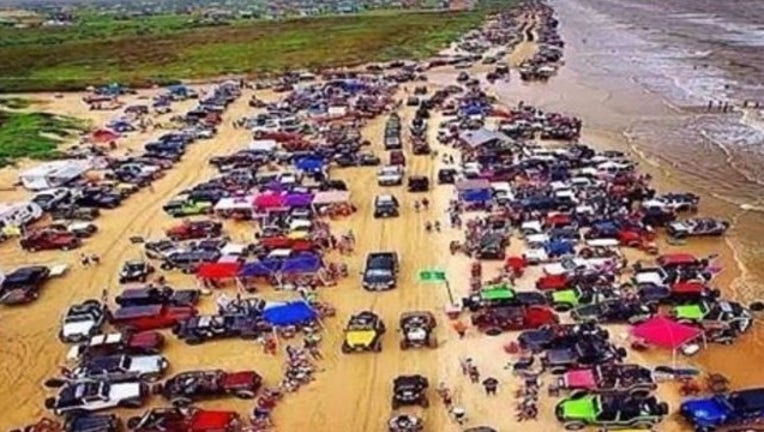 CRYSTAL BEACH, Texas - Galveston authorities confirmed there were 400 service calls, 68 arrests, and an overnight head-on collision on Friday and Saturday during Jeep Weekend.

Galveston County Sheriff Henry Trochessett told FOX 26 of that of the 68 arrests, 30 of them were DWI and DUI-related.

Trochessett says there were eight major crashes, including a head-on collision where a passenger was pulled from a burning vehicle.

According to Bolivar Peninsula's website, the Jeep Weekend is something you may not want to miss, saying, "Thousands of Jeep Lovers head to Bolivar Peninsula and Crystal Beach Texas to meet-up with fellow jeepers for a relaxed weekend on the beachfront."