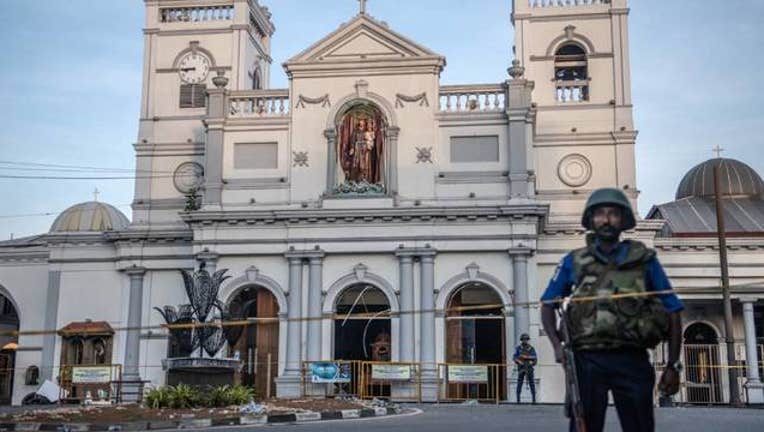 FOX NEWS - ISIS claimed responsibility Tuesday morning for the coordinated Sri Lanka Easter bombings as the death toll in the massacre has risen to 321.

The international terror group – despite not producing evidence to prove their involvement – tweeted via its propaganda wing that the violence was carried out by “fighters of the Islamic State,” reports said.

The terror group's assertion comes amid Sri Lanka's minister of defense claiming the bombings at multiple churches and hotels in Colombo were "carried out in retaliation" for attacks on mosques in Christchurch, New Zealand on March 15 by an apparent white supremacist gunman.

But Sri Lanka's government has not produced evidence directly linking the attacks to the massacre in New Zealand, or to National Thowfeek Jamaath.

In the past year, ISIS has lost almost all of the territory in Syria and Iraq that made up its so-called "caliphate," and the reeling Islamists have increasingly begun to take credit for militant attacks around the world while not demonstrating any evidence they were involved in the plotting.

"It was basically a hate campaign against all non-Muslims," said Hilmy Ahamed, the vice president of the Muslim Council of Sri Lanka. "Basically, he was saying non-Muslims have to be eliminated."

N.M. Ameen, the council’s president, said: “some of the intelligence people saw his picture but they didn't take action.”

On Tuesday in Colombo – Sri Lanka’s capital and site of many of the blasts – heightened security was evident for a national day of mourning and the military was employing powers to make arrests it last used during a civil war there that ended in 2009.

At an international airport outside the city, security personnel walked explosive-sniffing dogs and checked car trunks and questioned drivers on roads nearby. Police ordered that anyone leaving a parked car unattended on the street must put a note with their phone number on the windscreen, and postal workers were not accepting pre-wrapped parcels.

So far, 40 people have been arrested on suspicion of links to the bombings, including the driver of a van allegedly used by the suicide attackers and the owner of a house where some of them lived, the Associated Press reported. But their identities and affiliations have not yet been revealed.

Media reports were circulating Tuesday that a truck and van believed to be carrying explosives were heading toward Colombo, but that alleged threat could not be confirmed.

Authorities also said they know where National Thowfeek Jamaath trained and had safe houses, but did not identify any of the seven suicide bombers, whose bodies were recovered. All seven bombers were Sri Lankans.

A video also emerged Tuesday purportedly showing one of them wearing a backpack and casually walking into a church as Easter service was ongoing.