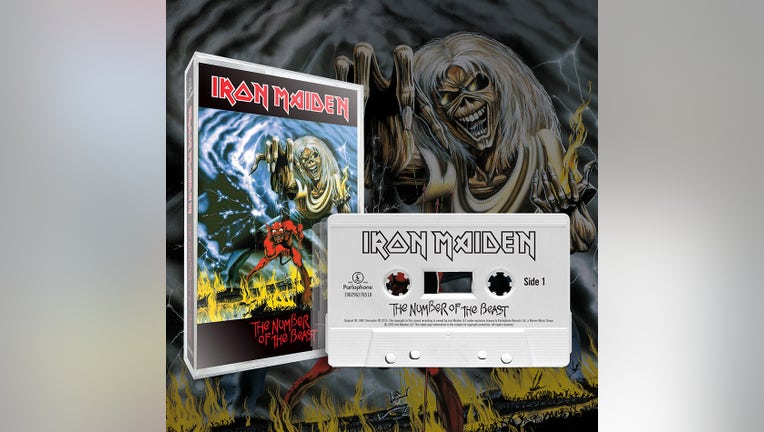 Iron Maiden will commemorate the 40th anniversary of their chart-topping album, "The Number Of The Beast," that catapulted them to international fame and success. (Credit: Iron Maiden)

The English heavy metal band Iron Maiden will go old school and release its chart-topping third album "The Number Of The Beast" on cassette tape to commemorate its 40th anniversary.

The band will release the tape on March 18 but it can be pre-ordered.

The album was first released in the United Kingdom in March 1982, featuring Bruce Dickinson as the vocalist. The band said that the album catapulted them to international fame and success, which members continue to enjoy to this day.

According to the band’s website, the cassette will be comprised of the 2015 remastered recordings of the original eight songs on the album. The front cover art will be redesigned and updated.

A mom received help from a distinctive Good Samaritan after blowing a tire in Columbia, Tennessee, on Sunday, October 24. (Credit: Courtney Potts via Storyful)

"Ultimately it’s a tribute to a watershed album that sold in its millions in record stores all around the world; a celebration of those bygone times and a fitting souvenir for the fans who have loyally followed the band ever since," according to the website.

Meanwhile, Dickinson is about to resume his spoken-word U.S. tour. Onstage, he speaks about his life, being a rock star and a host of other topics, including his bout with throat cancer.