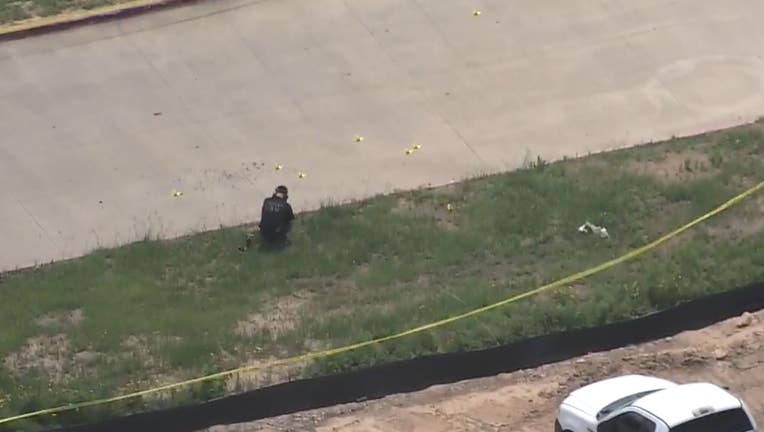 According to Captain Mike McCoy with the Fulshear Police Department, an officer saw a vehicle run a stop sign in the 9300 block of Charger Way around 10:40 a.m.

A traffic stop was conducted by the officer and the driver of the vehicle did comply.

McCoy said it was discovered during the traffic stop that the driver had a felony warrant for dangerous drugs out of Virginia.

McCoy said the traffic stop was a cordial conversation at first.

When the officer told the driver about the warrant, the man became agitated and nervous saying he couldn't take time from work, and he didn't want to go to jail.

McCoy stated as the officer went to call for an ambulance, the suspect pulled up from being hunched over and shoved the officer in the chest, knocking him back.

The officer who feared for his safety of being dragged, pulled out his weapon, and discharged the weapon "a few times." It's unclear exactly how many shots were fired, McCoy said.

McCoy stated that the suspect was hit and the officer fell away from the car.

The vehicle then drove for approximately 800 yards, crashed into a field and ran into a tree, McCoy added.

Officers followed the suspect and then began medical assistance for the suspect. However, the suspect was pronounced dead at the scene, McCoy said.

The suspect, whose identity has not yet been released as the family has not been notified, is a 53-year-old male.

McCoy said there was a body camera recording, as well as a dashcam, along with surveillance video from the high school located nearby.

The officer, who is currently on administrative leave, suffered injuries to his leg, but was "nothing serious," according to McCoy.

McCoy added the officer has been with the department for two years with no previous experience. It was also stated by McCoy that the officer was pretty upset regarding the incident.

This is the second ever officer-involved shooting in Fulshear, McCoy said.