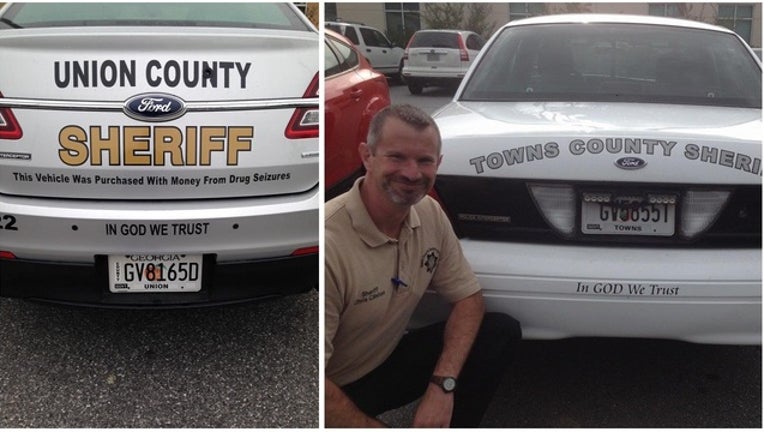 FOX 5 News reported last Friday that Coweta County Sheriff Mike Yeager was placing "In God We Trust" decals on the back of his patrol cars. Since then, several other sheriff offices in north Georgia have announced similar moves.

Towns County Sheriff Chris Clinton and Union County Sheriff Mack Mason both announced this week that they placed stickers on their patrol cars. Both offices reported that the stickers were donated by community members.

Paulding County Sheriff Gary Gulledge also has put "In God We Trust" Stickers on the back of his vehicles. He said those were paid for by the deputies or out his own pocket.

They made their announcements through their respective Facebook pages.