GILA BEND, Ariz. (KSAZ) - The security of Arizona's southern border has been a long and often bitter debate, centered around how illegal immigrants and smugglers sneak into the country by the thousands.

There's a place just north of the border, named after one of Arizona's most renowned Senators, Barry M. Goldwater.

The clear blue skies above Arizona are perfect for training the U.S. Air Force pilots. In the desert north-west of Tucson there is live bombing practice. It's a daily occurrence for A-10, F-16, and F-35 pilots at the Barry Goldwater Range.

"It's very hard to control access to a million acres, it's not all fenced in as you might think, we're not staffed to watch every inch of the land to see who is out there," said Range Director Chas Buchannan.

So who would be traveling through a live bombing range? People coming into the country illegally and their smugglers.

Still they come, an illegal border crosser or smuggler can throw a wrench into the operations although the incursions are rare.

"When somebody is reported, we will stop operations and hold the airplanes high. They can still use the airspace, but cannot continue with weapons deployment or dropping bombs," said Buchannan.

Some are critical of the fact that not only are people coming into the country illegally but that they use a Federal government installation as a pathway is disturbing.

"These should be secure installations, here is a bombing range use by our military for their target and proficiency practice, and they have to stop operations because there are illegals or smugglers coming through and they have to clear it," said Sheriff Paul Babeu.

Babeu isn't the only one expressing frustration. Border expert Sylvia Longmore wrote scathingly about the range as a pathway for illegal immigrants and smugglers.

"It makes sense that people are going to go through it if it's easy for smugglers to go through it, it offers them some level of protection from law enforcement," said Sylvia Longmore.

Longmire says she is frustrated and wants a solution.

"That these kinds of activities are happening not even in the Arizona desert, but on DoD property, that tends to get Americans to take notice and wake up and say hey this is not acceptable," she said.

The Border Patrol for the Yuma Sector says it does not keep specific stats for the range itself, but for the sector as a whole.

The numbers are down from the hundreds of thousands apprehended in the sector in 2006.

There is no way to tell how many are coming through carrying drugs, or those looking for jobs, or worse those looking to do harm.

In light of the recent attacks in Paris, the question of who is crossing into this country is pressing. The irony is they are coming on land used by the very people training to protect America. 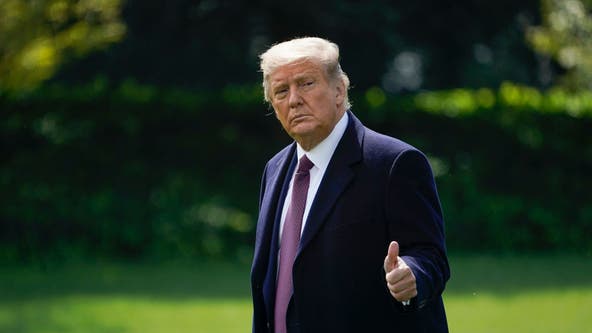