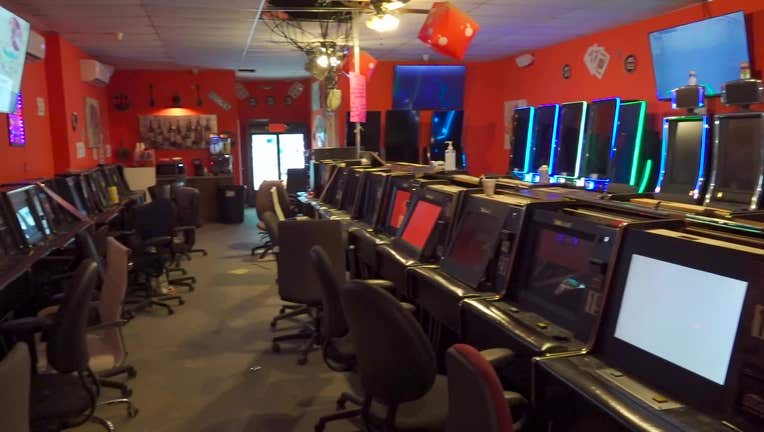 The Harris County Sheriff's Office says an illegal game room was operating in the 13900 block of Reeveston Drive.

HARRIS COUNTY, TEXAS - Multiple charges have already been filed after a raid at an illegally operated game room and bar in north Harris County, authorities say.

According to Sheriff Ed Gonzalez, weapons, narcotics and alcohol were found at the location, as well as a vehicle chop shop and an area that may have been used for sex trafficking.

The sheriff’s office, the Harris County District Attorney’s Office and the Harris County Fire Marshal’s Office were among the agencies that conducted the enforcement action at the establishment in the 13900 block of Reeveston Drive overnight.

"It really is a group effort in trying to dismantle the criminal network like this. These locations are magnets for drinking excessively, obviously, they're spilling out into community," Sheriff Gonzalez said. "We've had reports that sometimes there’s school buses traveling down the street when the place lets out sometimes 7, 8 in the morning. That's a serious problem." 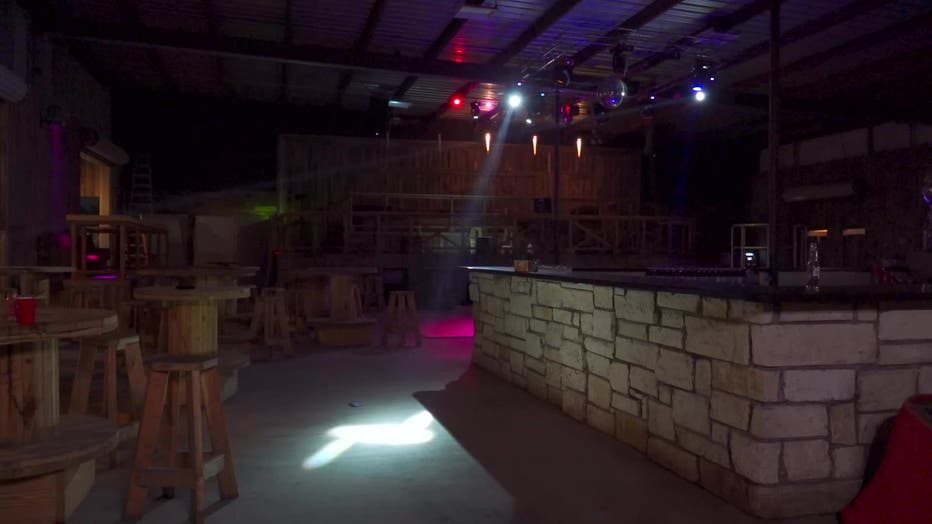 The Harris County Sheriff's Office says an illegal game room and bar were operating in the 13900 block of Reeveston Drive.

Sean Teare, Chief of the DA’s Office Vehicular Crimes Division, says possible charges could result from liquor violations for selling after hours and selling to minors, operating an illegal gambling room and possession of a controlled substance. He says weapons found at the location will also be checked to see if they were stolen or used in a crime.

"We found so many people here with active warrants that are now back behind bars," Teare said. "So there are a lot of different moving parts, but this was an extremely successful operation tonight."

Teare said the operation was a culmination of months of work between agencies.

"We know of at least one fatality on the roads due to intoxicated driver coming out of this establishment early in the morning. There have been multiple shootings at this establishment," Teare said. "And anytime that you have a place up until and past 8 in the morning, you're setting these type of tragedies up. So we've worked really hard at that."

Teare says charges linked to the establishment could be coming for weeks or months.