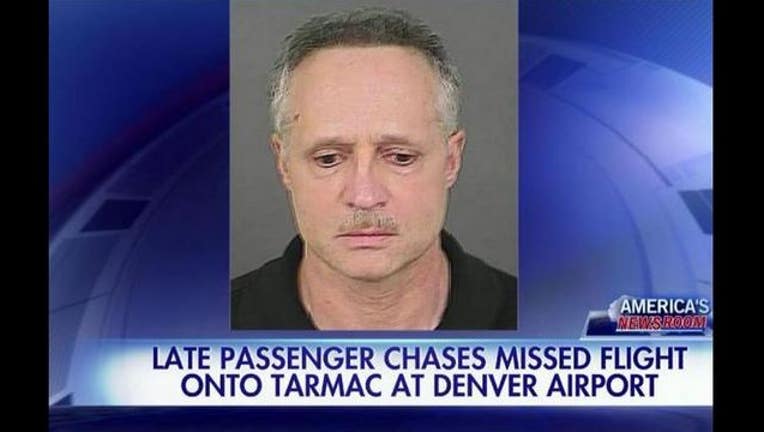 If you've ever wondered what would happen if you tried to run after the flight you just missed, here's the answer.

A man named Marc Rehmar tried it over the summer at Denver International Airport, attempting to catch up with the United Airlines jet as it pulled back from the gate.

The video from Aug. 6 was just released Tuesday and we caught a glimpse on "America's Newsroom" this morning.

You can see Rehmar chase the plane, bag in hand, before a worker intervenes. He initially attempted to stop the driver of a tug that was pushing the plane back.