Hurricane Delta strengthened to a major hurricane on Thursday afternoon as it continues to move across the Gulf of Mexico toward the U.S. coast.

Houston is not in the cone of uncertainty, which stretches from the far east Texas coast over the western portion of the Louisiana coast.

The National Hurricane Center says Delta could strengthen further Thursday night, but some weakening is possible as it approaches the northern Gulf coast on Friday.

According to the National Hurricane Center, the center of Hurricane Delta made landfall along the northeastern coast of the Yucatan Peninsula, near Puerto Morelos, around 5:30 a.m. Wednesday as a Category 2 hurricane with maximum sustained winds at 110 mph. 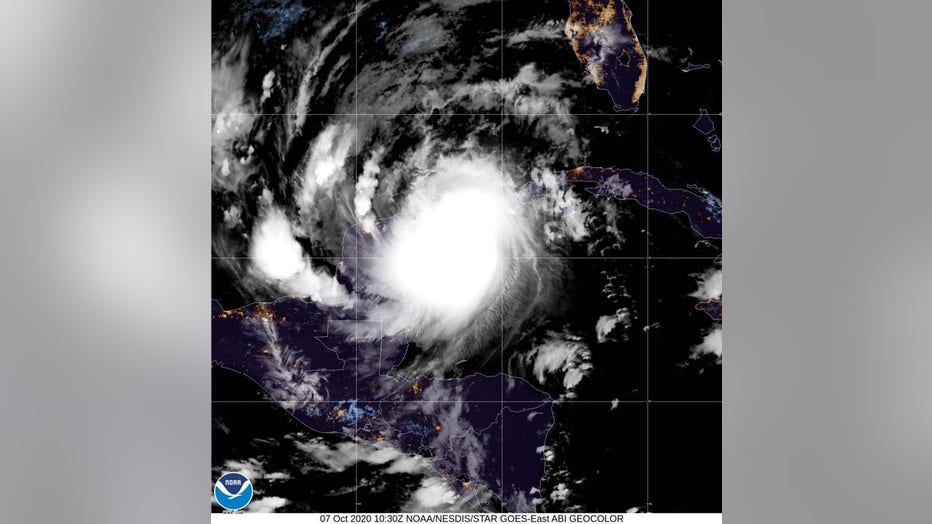 Hurricane Delta entered the Gulf of Mexico slightly weaker on Wednesday. Winds increased to 105 mph on Thursday morning, and the NHC says the hurricane is expected to strengthen further.

As of 10 p.m. Thursday, Delta is located about 285 miles south of Cameron, Louisiana, and is moving north-northwest at 12 mph with maximum sustained winds at 120 mph. 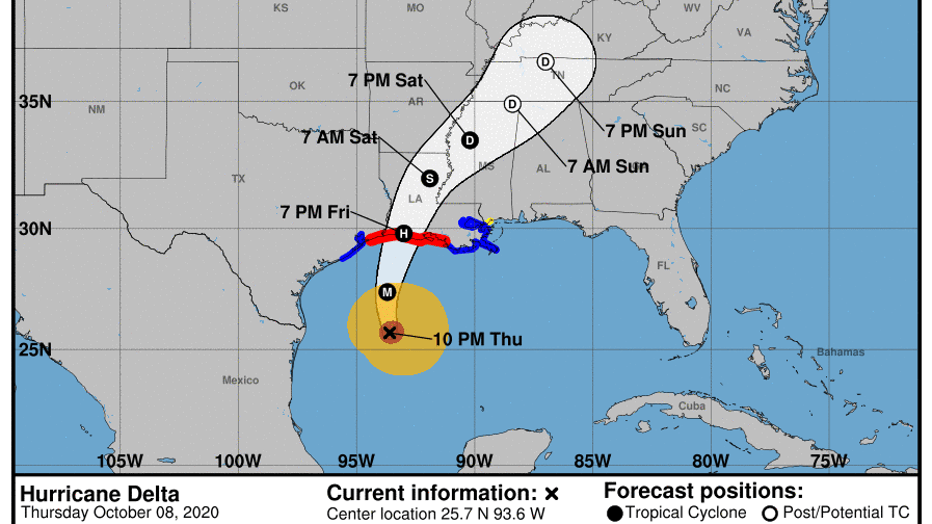 - East of Morgan City, Louisiana to the mouth of the Pearl River, including New Orleans

A Tropical Storm Watch is in effect for:

- East of the mouth of the Pearl River to Bay St. Louis, Mississippi