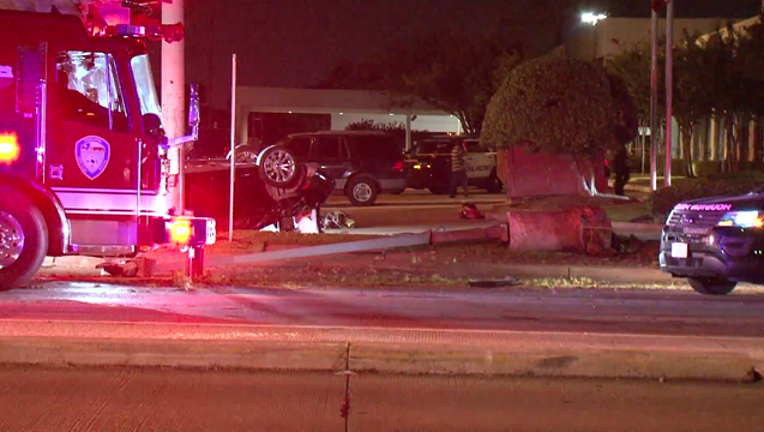 HOUSTON (FOX 26) - Houston police say a suspect died in a crash on Westheimer while fleeing from officers who were attempting to arrest him for an outstanding warrant.

According to HPD, officers were waiting for him to come home so they could arrest him, but he saw them and quickly fled the scene. Police say he was driving down Westheimer at a high-rate of speed when he lost control of the vehicle near Synott Road, struck a light pole, and rolled over.

Officers assessed him, but he died at the scene.

Investigators say the driver was traveling at a high rate of speed, and they are trying to determine just how fast he was going.

The man was alone in the vehicle. No injuries to officers have been reported.

Authorities say the officers involved in the pursuit were in a marked unit.

The police department says the man had a misdemeanor warrant for assault and is out on bond on several felony cases. Police are not releasing his identity at this time.