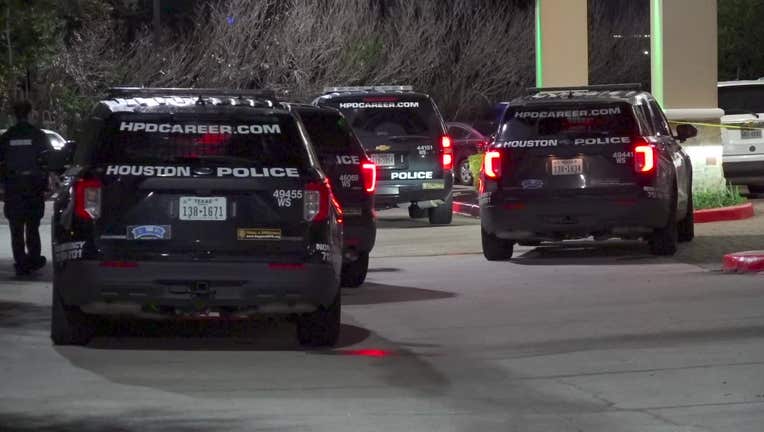 The Houston Police Department investigates a shooting along Westpark.

HOUSTON - Police are searching for a suspect who shot a man in the parking lot of a hotel in west Houston.

According to HPD, officers responded to a report of a discharge of firearms in the parking lot and learned that a shooting had occurred.

Officers found a 33-year-old man in a vehicle near the original location. Police say he had been shot multiple times.

He was taken to the hospital and was last reported to be in stable condition.

Police said the suspect was described only as a young black male, about six feet tall, with short hair.