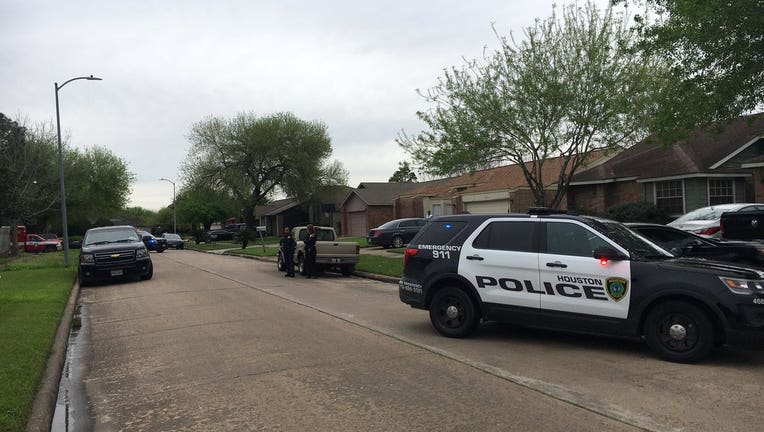 HOUSTON - Houston police have arrested a 20-year-old man who barricaded himself inside a home in southwest Houston.

According to police, this incident started around 12:30 p.m. when a man was looking for his 16-year-old daughter. The father believed his teenage daughter was staying at a home in the 6200-block of Berkridge Dr.

The argument continued and become more heated, according to police. That's when the 20-year-old man allegedly pulled out a pistol and fired it in the father's direction seven to eight times.

Police say that's when the father and his daughter got in their car and drove away from the home. The father called police as he left the area.

When officers arrived they tried to get the 20-year-old man's side of the story, but he wouldn't leave the home.

The 20-year-old man has been charged with Aggravated with a Deadly Weapon.

According to police, once SWAT arrived, the 20-year-old man surrendered to officers.

Fort Bend ISD says the release of students at nearby Ridgegate Elementary was affected.