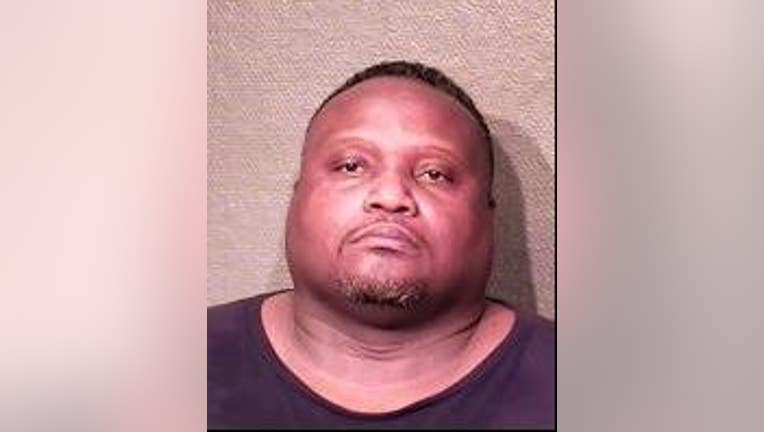 HOUSTON - According to court documents, authorities are looking for a Houston rapper and recording studio owner who is accused of human trafficking and sexual assault of a child.

On June 14, authorities received a call from a 16-year-old victim who may have been trafficked. After being dropped off at a Walmart by their alleged captors, the victim claims that she and another 16-year-old she had run away with were forced to have sex with Otis Berry, known as "Big Face Tulu", and another man. She also says they were forced to "work" for their food and shelter.

Tyrone Berry, the other man who introduced Otis Berry as his brother, was known by the name "Big Mike" and worked the front desk at a hotel, the North Villa Inn.

They were then taken to Berry's reported recording studio, where the victims stayed for four nights, rarely given food and water, but regularly given drugs described as X-Os, weed, and alcohol. They were made to have sex with Berry and his customers who came to the studio to buy drugs. They were also taken to Tyrone's family home where they were forced to have sex with his male family members under the assumption they would be fed.

They returned to the studio, where the men threatened them if they left and called the cops, stating that they knew their names and where their families lived.

The two girls began complaining of having no food and that they were "getting tired of being raped". Due to their complaints, they were taken away and dropped off at a Walmart where they called the police.