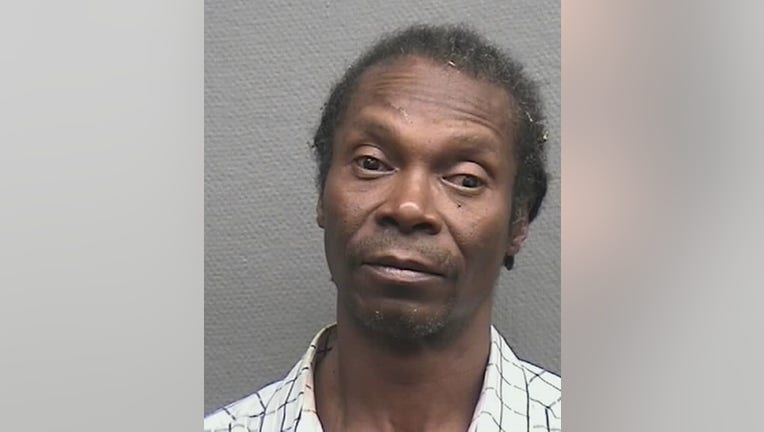 A 2014 photo of Harold Lynn Celestine provided by the Houston Police Department.

HOUSTON - Houston police are searching for a man accused of setting his girlfriend on fire on Saturday morning.

Harold Lynn Celestine, 60, is charged with aggravated assault of a family member and criminal mischief.

Police say the suspect and the woman he was in a dating relationship with were visiting another man when they got into an argument.

According to police, Celestine then set the woman on fire. Police say the other man helped put out the fire, and Celestine fled the scene.

The woman, 40, suffered severe burns. The 56-year-old man who helped her sustained a minor burn to his shoulder. Police say they were both taken to the hospital in stable condition.

Authorities believe Celestine is driving a gold-colored 2005 Honda Accord.

Anyone with information on the whereabouts of Harold Celestine is urged to contact the HPD Major Assaults & Family Violence Division at 713-308-8800 or Crime Stoppers at 713-222-TIPS.