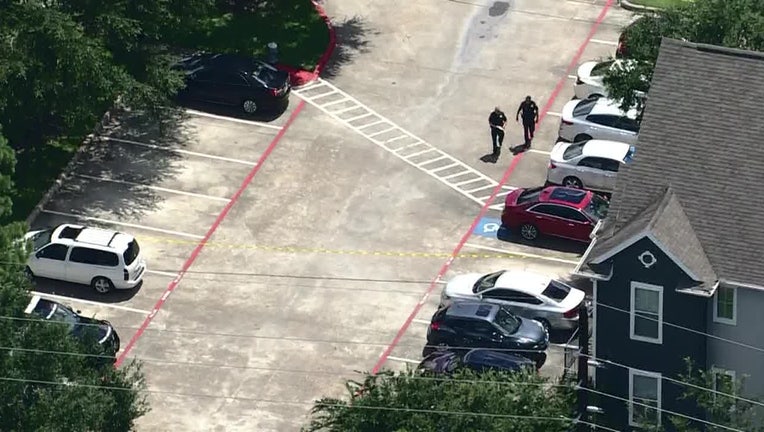 The Houston Police Department investigates a deadly shooting near Westpark and Wilcrest.

HOUSTON - A mother died after she was shot while holding her 1-year-old son in west Houston, police say.

According to the Houston Police Department, the baby boy was also wounded in the shooting that occurred around 10:30 a.m. Thursday in the 11200 block of Westpark Drive.

Authorities say witnesses reported seeing Steele engaged in a physical altercation with a man outside of an apartment building.

Police say the man shot Steele and her son before fleeing.

Steele had multiple gunshot wounds and passed away at the hospital.

The boy was shot in the leg and was also taken to the hospital. He was reported to be in stable condition.

Investigators believe Steele and the suspect knew each other and are working to identify him.

During a press conference at the scene on Thursday, police said Steele was a victim of domestic violence.