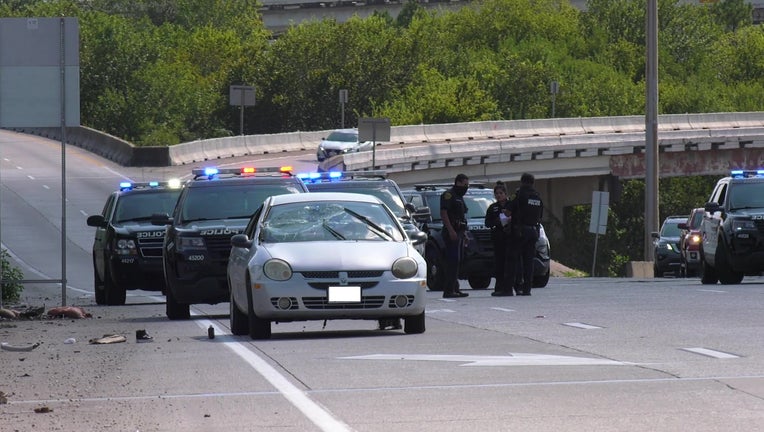 HOUSTON - One person is dead following a shootout on a Houston Freeway on Sunday afternoon.

Police said a Dodge Neon was reported to be shot at and at least one person was shot inside of the vehicle.

Authorities said the victim was taken to the hospital by ambulance and later pronounced dead.

There may have been another person inside of the vehicle at the time of the shooting, police stated.

Police said an investigation revealed that two vehicles got into a shootout on the Highway 225 Freeway.

Authorities stated one vehicle stopped at the location and the other vehicle fled the scene.

It’s unclear what led up to the shooting.