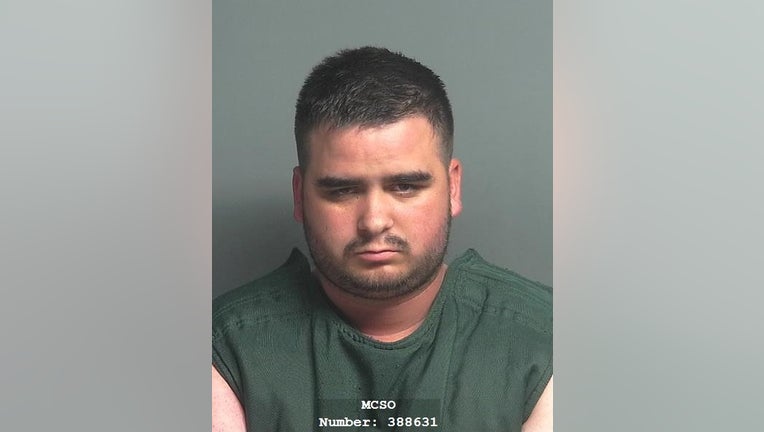 HOUSTON - A suspect has been charged in a shooting that wounded a Houston police officer in Kingwood.

Michael Zachary Howard-Dale, 26, is charged with aggravated assault against a public servant.

The officer, an 11-year veteran of the department, was wounded in the shooting at an apartment complex in the 200 block of North Pines Drive around 11:25 a.m. Monday.

The officer, identified as HPD Senior Police Officer S. Cleveland, suffered multiple gunshot wounds. He was hospitalized in critical but stable condition, and he is expected to have surgery on Tuesday.

The police department said officers initially responded to the apartment complex for a disturbance over a parking spot. A tenant told officers that a man who lives at the complex spit on her face.

According to HPD, officers went to the man’s apartment and asked him for identification to complete their report, but he refused twice.

The police department says officers then attempted to detain the man, which led to a physical altercation inside the apartment.

According to HPD, the man, later identified as Howard-Dale, produced a pistol during the altercation and fired several times. HPD says Officer Cleveland was shot in the arm and abdomen, but the officer’s ballistic vest stopped the round in the abdomen.

Howard-Dale was detained at the scene and later charged.

The police department says no officers discharged a weapon during the incident.