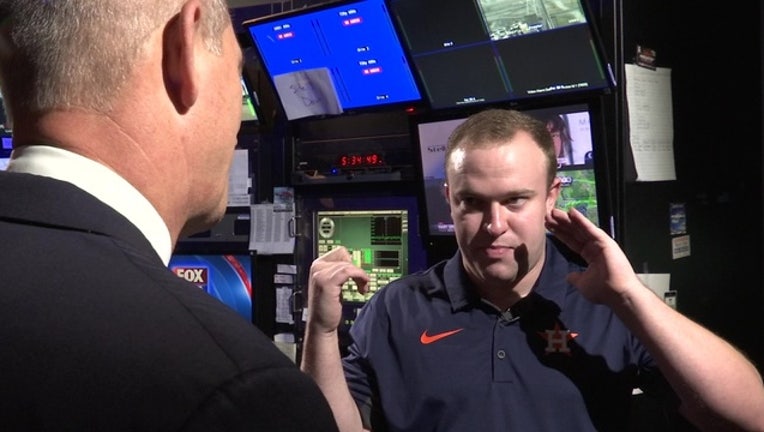 HOUSTON (FOX 26) - In Houston, Texas, when times turned both dire and desperate, truly heroic deeds triggered an onslaught of inspiration.

For 27-year-old Benjamin Onda, that critical mass came in the monumental Astros conquest of World Series Game 5 to take a 3-2 lead in the 'Fall Classic.'

"When we finally walked it off, I was just shaking," said University of Houston student Onda. "You could see the goosebumps on my arms and everything and I just felt so inspired." He was compelled to act with the skills of an emerging artist and the heart of a lifelong Astros fan.

"I am way too wired to go to sleep right now, I'm just going to sit down at my Mac and do my thing," said Onda.

What emerged from a marathon 13-hour edit session amounts to a neutron bomb of Bayou City resilience, captured in digital ones and zeros, then forcefully delivered in an escalating crescendo of unprecedented emotion.

"It was a spiritual experience for me and I know so many others," said Onda.

159 viral seconds that have drawn more than a million views on the net.

Firmly intertwined in the narrative, the mingling of a storm-battered city's recovery and its teams' relentless drive to World Series victory.

"We are all on the same wave length here in exactly how badly we wanted this," said Onda. "We wanted this so badly. Those who were trying to defeat us didn't want this to happen and it didn't matter. We would not be denied and we weren't denied and now we have earned history."

It is history preserved for all who crave a return to the moments of magic.