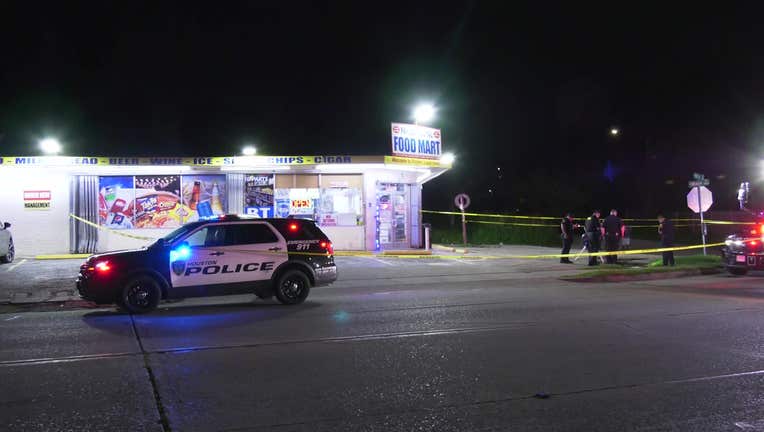 HOUSTON - Surveillance video shows two men in an altercation before a deadly shooting outside a Houston convenience store, police say.

According to police, video shows the men two men getting into an altercation in the parking lot before the suspect pulled out a pistol and shot the other man.

The wounded man, 38, was taken to the hospital, where he was pronounced dead.

The suspect is described only as a heavy-set Black male who was wearing a white t-shirt and riding a bicycle.