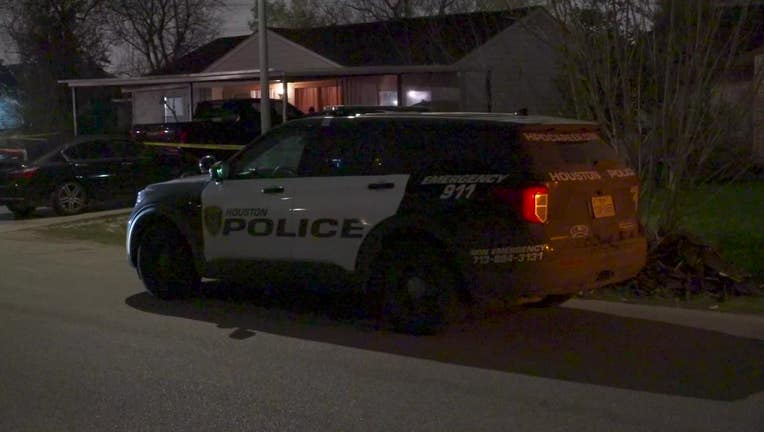 The Houston Police Department investigates a shooting on Coulson.

HOUSTON - A father was taken to the hospital with a gunshot wound to the head after a home invasion in northeast Houston on Monday night.

The shooting occurred just after 11 p.m. in the 12700 block of Coulson Street near Federal Road.

Police say the father and his teen son were home when four males, two of them armed with pistols, kicked in the door.

The son hid in a closet but was found by the intruders, who put him in the shower and told him to say quiet, police say.

Authorities say the males then demanded money from the father. The son reported hearing four gunshots.

According to police, the males were able to get away with some expensive items.

The father was taken to the hospital with a gunshot wound to the head. Police say he was conscious when he was transported.

Police say the father is a business owner, and authorities are still investigating if that could be a reason why the home was targeted.