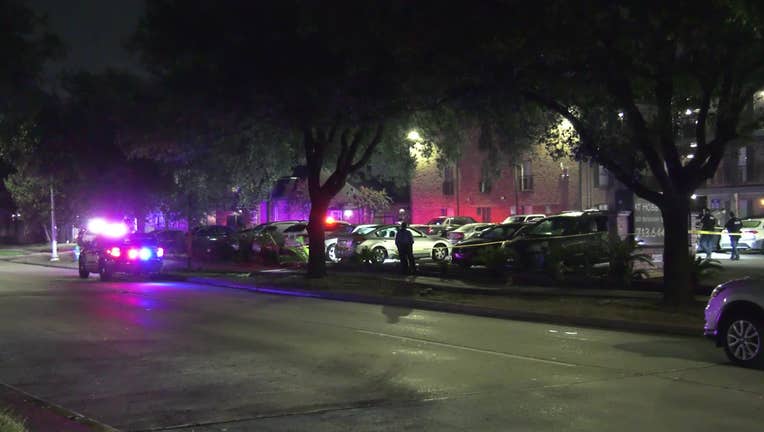 The Houston Police Department investigates a deadly shooting in the 8500 block of Broadway Street.

HOUSTON - One man is dead and another was found wounded miles away after a shooting in southeast Houston, police say.

The deadly shooting was reported around 1:35 a.m. Thursday in the 8500 block of Broadway Street.

Police believe there was a gathering in the parking lot of an apartment complex when an altercation broke out and someone fired four or five shots.

Officers arrived at the scene and found a man in the parking lot who had been shot in the rib area. He was pronounced dead at the scene.

Around 1:50 a.m., police responded to another call in the 8100 block of MLK Blvd., about four miles away. HFD was treating a man who had been shot in the abdomen.

The man told police he had been shot in the 8500 block of Broadway. Police say he drove himself to a gas station and asked an employee to call an ambulance. He was taken to the hospital in stable condition.

There is no description of a suspect at this time. The investigation is ongoing.