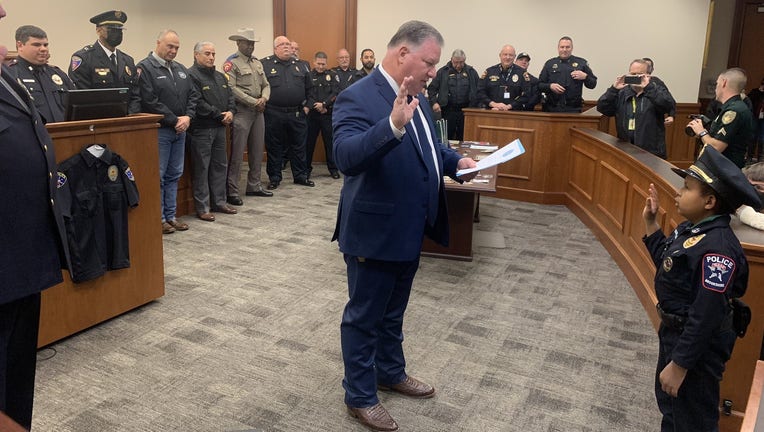 This is only the latest addition to Devarjaye’s long resume after already being sworn-in as an honorary officer for dozens of law enforcement agencies.

Despite his brain and spinal cancer, Devarjaye says he wants to be sworn-in as an honorary officer by 100 law enforcement agencies.

Devarjaye Daniel, a 10-year-old Houston cancer patient, became an honorary police officer for 35 law enforcement agencies in Brazoria County on January 12, getting closer to his goal of 100!

Devarjaye Daniel grew up watching his military father interact with men and women in uniform. It was in watching them that the 10-year-old grew an admiration for those in uniform and decided he wanted a career in law enforcement.