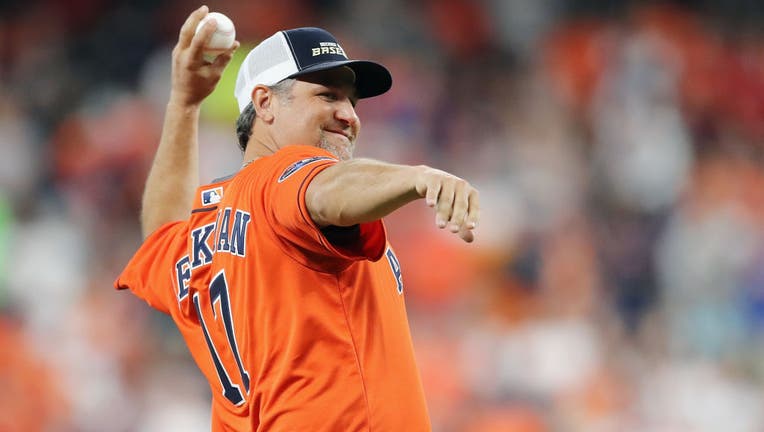 The announcement was made at a press conference at 2020 Astros Fanfest on the field at Minute Maid Park.