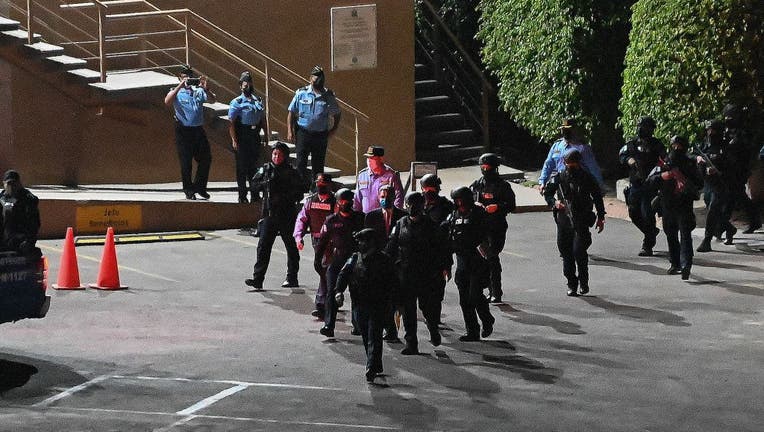 Special Forces' members take former Honduran President Juan Orlando Hernandez (C) into custody as they leave the Supreme Court of Justice after a judge granted his extradition to the US, in Tegucigalpa, on March 16, 2022. (Photo by Orlando SIERRA / A

Melvin Duarte, spokesman for the court, said the justices rejected Hernández’s last appeal. Duarte said there were no further routes of appeal available to him.

Hernández’s wife, former first lady Ana García, made public a letter in which the former president again asserts his innocence and claims to be the victim of "revenge and conspiracy."

"In the end I realize there is the possibility facing three life sentences, which could become a living death for me," Hernández wrote.

Garcia and the couple’s two daughters showed up outside the Supreme Court building with dozens of the ex-president’s followers and began to pray.

The scene contrasted with how intensely Hernández was hated by many Hondurans. He left office in January at the conclusion of his second term.

Earlier this month a judge decided to grant the U.S. extradition request, and apparently all that remains to be done is the paperwork.

U.S. prosecutors in the Southern District of New York have accused Hernández in recent years of funding his political rise with profits from drug traffickers in exchange for protecting their shipments. He has strongly denied any wrongdoing.

Iván Martínez, one of Hernández’s lawyers, said that "even though we do not agree with any of the decisions ... we have to respect it, that is the rule of law."

Hernández was arrested at his home Feb. 15 at the request of the U.S. government. 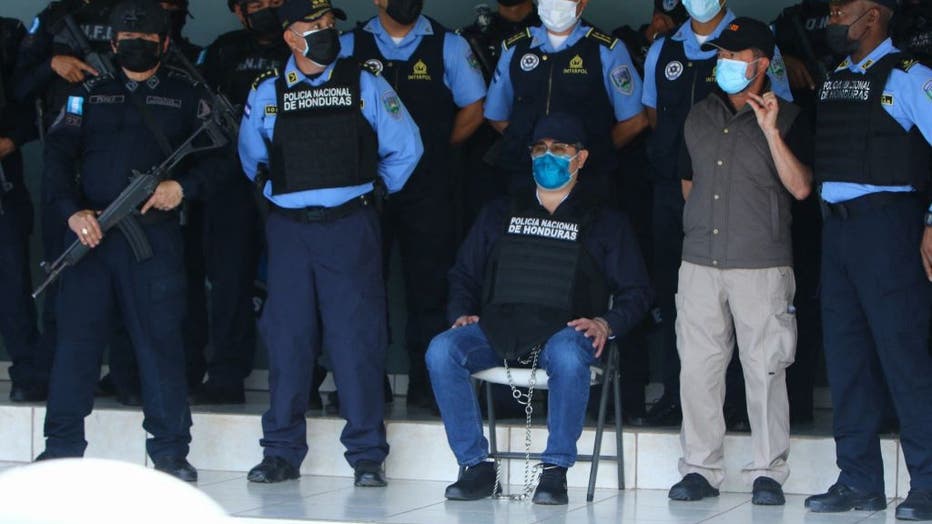 Honduran former President Juan Orlando Hernandez (C) is seen handcuffed at the headquarters of the Honduras Police, after receiving an extradition order from the United States in Tegucigalpa, on February 15, 2022. (Photo by Str / AFP) (Photo by STR/A

The arrest came less than three weeks after he left office and followed years of allegations by U.S. prosecutors of his alleged links to drug traffickers. His brother, Juan Antonio "Tony" Hernández, was sentenced to life in a U.S prison on drug and weapons charges in March 2021.

After his arrest the former president was led before cameras flanked by police, shackled at the wrists and ankles, and wearing a bulletproof jacket.

MORE: Arrests made in case of 4 million opioid pills illegally dispensed in Houston