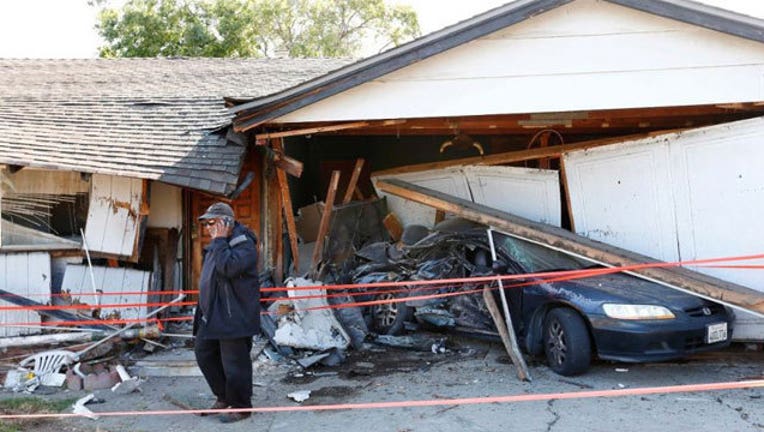 A San Jose home near a highway off-ramp is such a magnet for cars -- with at least 19 vehicles landing on the property since 1960 -- that its owner calls it a "landing strip."

Homeowner Ray Minter said four of those vehicles have smashed into the single-story house, including a pickup that on Monday night came flying off the northbound Interstate 680 exit at Jackson Avenue, the San Jose Mercury News reported.

Minter said the truck driven by a man who appeared intoxicated landed in his front yard, hitting his car and pushing it into the garage and front of the home.

He said the long, straight stretch of roadway offers no incentive for people to slow down.

Minter added that he has asked authorities for help slowing down traffic but that his requests have been ignored.

The retired grocery store worker said he installed his own barriers around the perimeter of his front yard, including several heavy metal posts and a double-brick wall reinforced with cement, rebar and a "curved railroad track" inside.