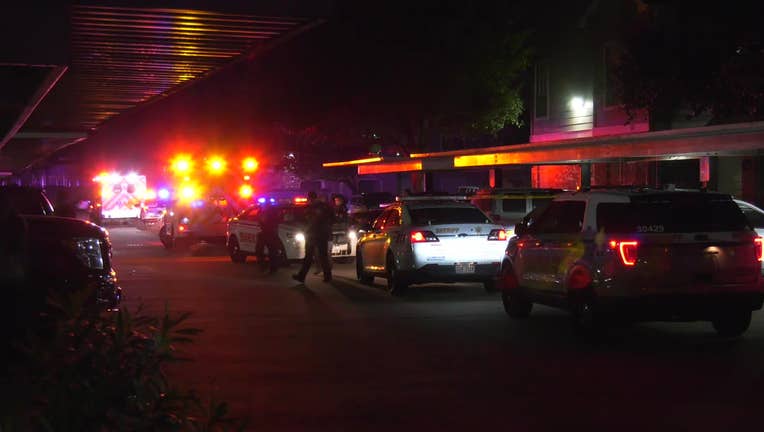 Authorities say a woman fatally shot her ex-boyfriend after he went to her apartment in northwest Harris County.

The shooting occurred around 9 p.m. Monday at an apartment complex in the 13500 block of Schroeder Road.

A man was found in the stairwell with at least one gunshot wound. Deputies performed CPR until EMS arrived. EMS pronounced the man dead at the scene.

The sheriff’s office says a woman at the scene admitted to shooting the man.

According to authorities, the man is the ex-boyfriend of a woman who lives at the complex. The sheriff’s office says multiple reports have been filed of the man for stalking and harassing the woman.

The man was able to locate the woman at the apartment she recently moved to, authorities say. According to the sheriff’s office, the man confronted her at the front door of her apartment and ran in her direction.

The sheriff’s office says the woman discharged a firearm several times at the man, striking him at least once.

The case will be presented to a Grand Jury at a later date.