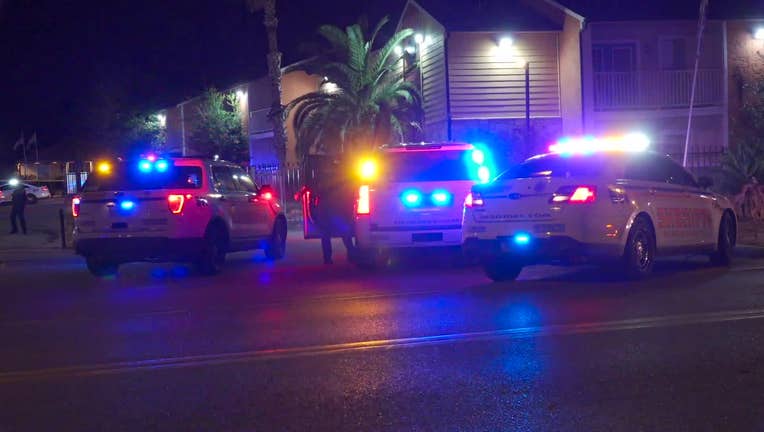 The shooting was reported around 8 p.m. Sunday in the 900 block of Cypress Station.

According to investigators, two brothers got into an altercation, and one brother offered to fight the other outside.

Once outside, HCSO says one of the brothers pulled out a pistol and shot his brother. Another bystander was also wounded, authorities say.

The two wounded men were taken to the hospital. Authorities say they are both expected to survive.

One person was detained, and a firearm was recovered, HCSO says.