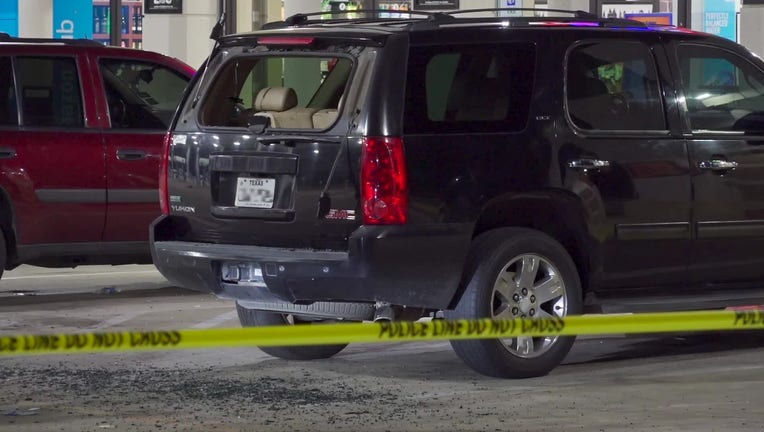 Shattered glass is seen at a gas station on Ella where authorities were investigating a shooting.

HOUSTON - Authorities believe two overnight carjackings that each ended with a person being shot are related.

Both carjackings were reported at gas stations in Harris County in the early morning hours on Tuesday.

First, deputies responded to a shooting in the 13700 block of the North Freeway just before 2 a.m.

According to the sheriff’s office, a man was getting gas when two males approached him and demanded his vehicle.

Deputies say the man fought back and was shot by a suspect. He was taken to the hospital and was last reported to be in stable condition.

Shortly after, around 2:30 a.m., Houston police responded to a shooting in the 11000 block of Ella Blvd.

The sheriff’s office says some suspects tried carjacking another man, who grabbed his gun and engaged in a "gun battle" with at least one suspect.

Authorities say the suspect, believed to be a teenager, was shot and taken to the hospital. He was last reported to be in critical but stable condition.

The other suspects fled the scene.

According to the sheriff’s office, the suspects in this second carjacking are believed to be the same suspects from the earlier carjacking along the North Freeway.

Deputies say the suspects in both cases were between 17 to 20 years old, and the suspect vehicle description matched.

The second carjacking occurred in the city limits and is being investigated by the Houston Police Department.