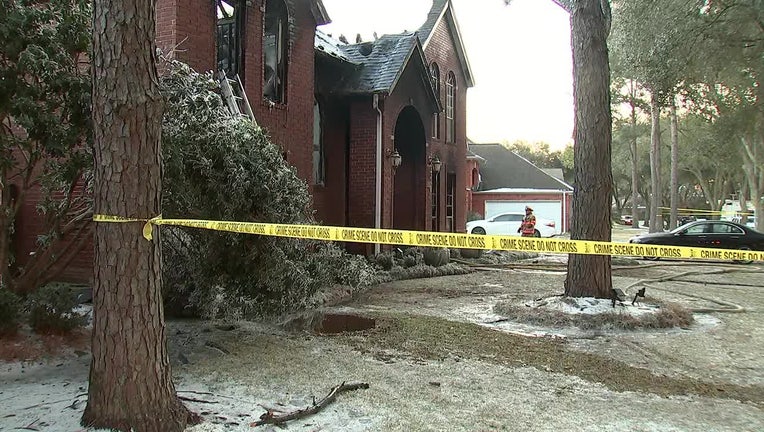 Firefighters at the scene of a house fire in Sugar Land on Tuesday morning.

SUGAR LAND, Texas - A grandmother and three children have died after a house fire in Sugar Land, officials said.

The fire was reported around 2 a.m. Tuesday in the 3300 block of Vista Lake Drive.

When fire crews arrived, the house was fully engulfed.

Another winter storm to impact southeast Texas: What you need to know

Another winter storm could begin impacting southeast Texas as early as Tuesday evening. Here's what you need to know.

Authorities say the 41-year-old mother of the children and her female friend were found outside of the home and suffering from burns.

Sugar Land Fire and EMS spokesman Doug Adolph said a responder had to restrain the mother from going back into the house.

Police say a woman and a young girl died due to carbon monoxide poisoning in southwest Houston after a car was left running in the garage to try to create heat when the power was out.

The grandmother and three children were found dead inside of the home.

He said they are still investigating the cause of the fire but that the neighborhood had been without power for over eight hours and social media posts from the family indicated they were using the fireplace to keep warm.

If you're one of the millions of Texans without power during the historic winter storm, there are tips to stay warm and safe during an outage.

He did not have ages for the children but said they were elementary school-aged.

He said their mother was the daughter of the woman who died.