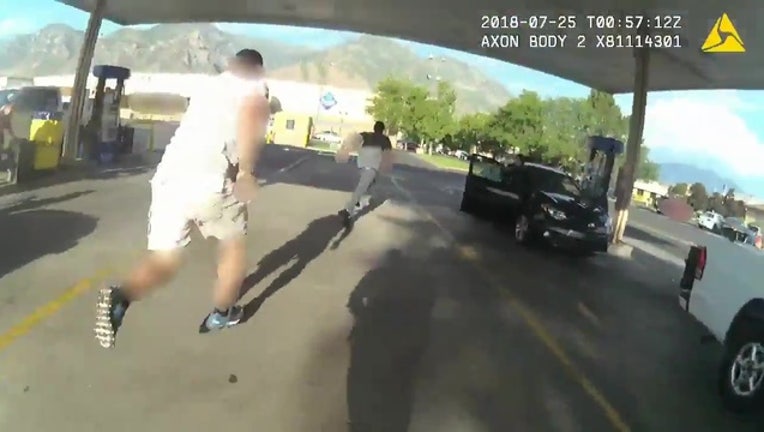 PROVO, UT (FOX 26) - A Good Samaritan tackled a man who fled police after attacking an officer at a gas station on Wednesday, July 25, in the city of Provo, Utah.

This dramatic video shows the moment the Good Samaritan body-slammed the suspect as he ran across Sam’s Club parking lot.

The police officer can then be seen handcuffing the suspect on the ground as he thanked the bystander for his help.