Avery came home to a big surprise after six months of treatment.

MEYERLAND - A Meyerland 11-year-old received a warm welcome from her friends and family after finally coming home after half a year of cancer treatment.

Avery Hildreth was diagnosed with cancer on October 9, 2019, and it's been a long six months for her and her family. During that entire time, she was able to come home for just a few days at a time, going through four rounds of intensive treatment.

The last round lasted a grueling eight weeks.

Avery's return home was a huge relief and was made even better by a special surprise waiting for her, one that she had not seen coming.

"I didn’t know about anything, when we were driving down the street, I thought it was a marathon or a protest, and then we saw balloons, and we got closer, and people were cheering. And then I started reading the signs and they were all of my friends!" Avery said. 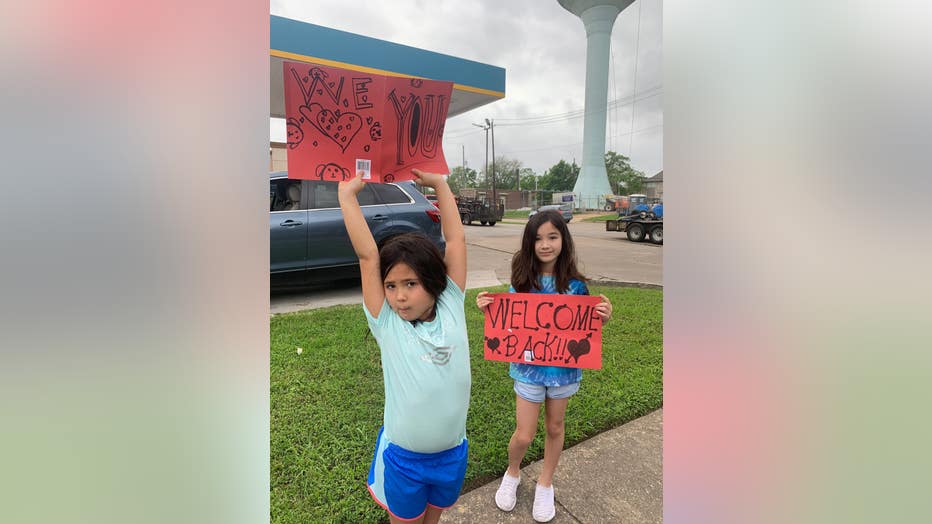 Once she realized that the cars and people lined up were waiting for her, she was overcome with emotion.

"I was a bit overwhelmed. I felt really loved and it was probably one of the greatest moments of my life," she says.

Her mother, Cheri Hildreth, coordinated the surprise with Avery's friends and says she was inspired by her daughter's strength and joy.

“Overwhelmed with feelings, I think that we’ve waited for this moment for a very long time, and for her to know that she’s been successful in fighting this battle brings me joy and tears," she says. "She’s taught me the strength I need to support her and her sister during this time. When I saw her smile coming down the street, her joy, her happiness, her surprise was so warming and made me realize that she was aware of how successful she’s been throughout this battle with cancer.”

MORE: Teachers parade through neighborhood to cheer up their students

A squirming puppy can be seen in Avery's lap in the video of her riding down the street. The got their 10-week-old puppy, Daisy, just a few weeks ago and although a bit spooked by the traffic, is very happy Avery is home. 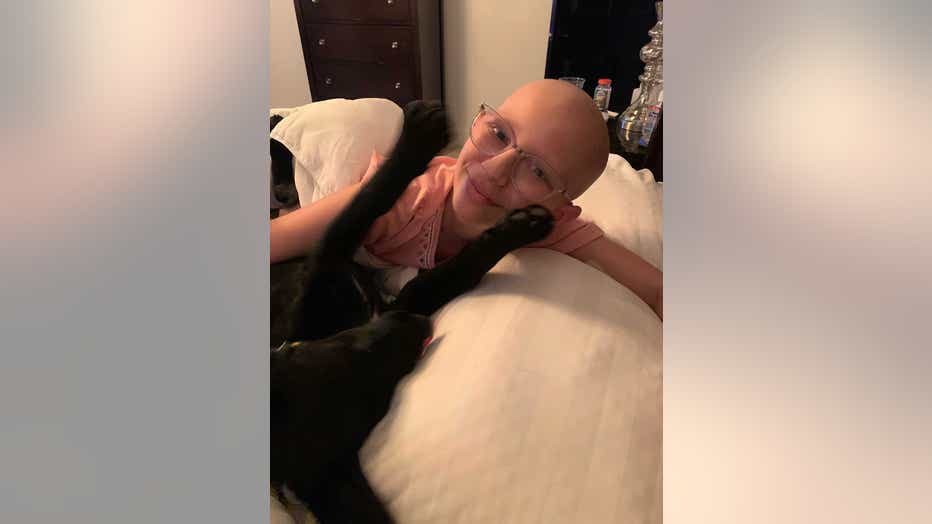 Avery and her puppy, Daisy

It's been six months since Avery has been able to relax. What has she most been wanting to do upon her homecoming?

“Swim, definitely, because it’s fun and it’s something I’ve always enjoyed. To bake, and just to be able to hang out with all the family I haven’t seen in the six months that I was in the hospital," she says.

Avery's mom says that a bone biopsy is scheduled for early April and at that point, the results will tell if Avery will be completely done with treatment. Her doctors say that they are 90 percent sure that will be the case, and they are very confident she will get to stay home.