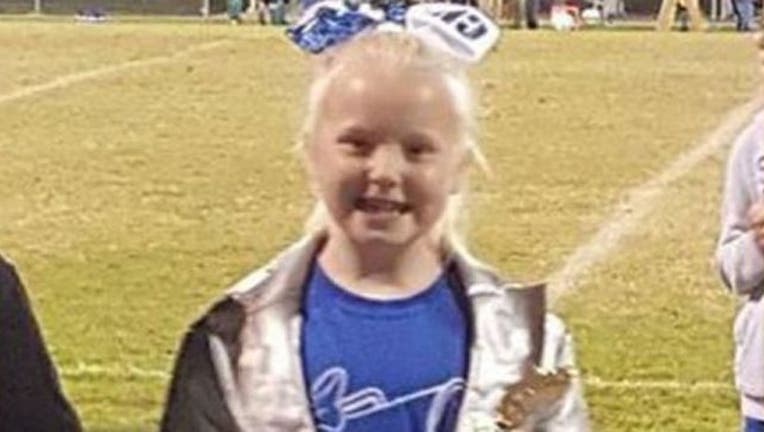 (FOX NEWS) - A 7-year-old Kentucky girl whose body was found in a creek behind a high school was murdered, state police said Sunday, and now authorities are hunting for her killer.

Gabriella Doolin, of Allen County, was watching a football game at the Allen County Scottsville High School when she disappeared Saturday evening.

A short time later, police searching a wooded area behind the high school found her body in the creek. Early Sunday, police said her death was being investigated as a homicide.

After interviewing witnesses, police followed a tip that led to the girl’s discovery,WAVE-TV reported.