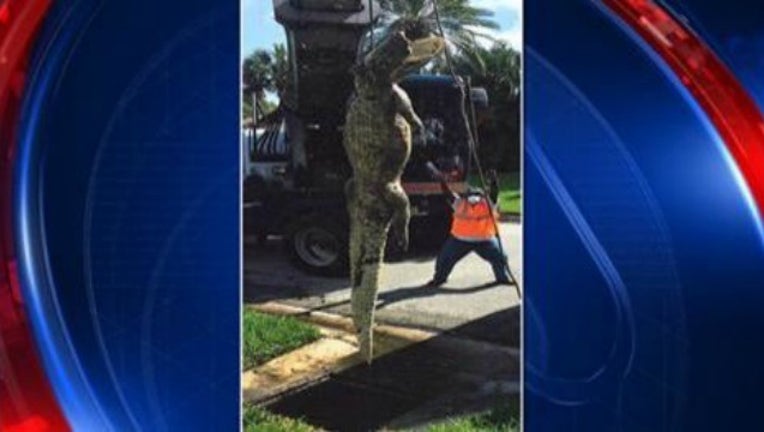 FORT MYERS, Fla. - The Lee County Sheriff’s Office received calls from residents in a neighborhood called Whiskey Creek in Fort Myers, Florida about an odor in the area.

The Lee County Department of Transportation was called and noticed the odor as a decaying animal coming from the storm drain.

Once employees with the DOT confirmed the animal was not alive, crews brought in an excavator to pull out the animal and towed it away. The animal ended up being a large alligator. Based on the photo and height of employee, crews think the alligator is 11 feet long. This typically happens 1-2 times a year when DOT crews pull an alligator from the storm drain system.

“This was an abnormally large gator, but removing it is just part of what we do,” said Lee County DOT Director Randy Cerchie.