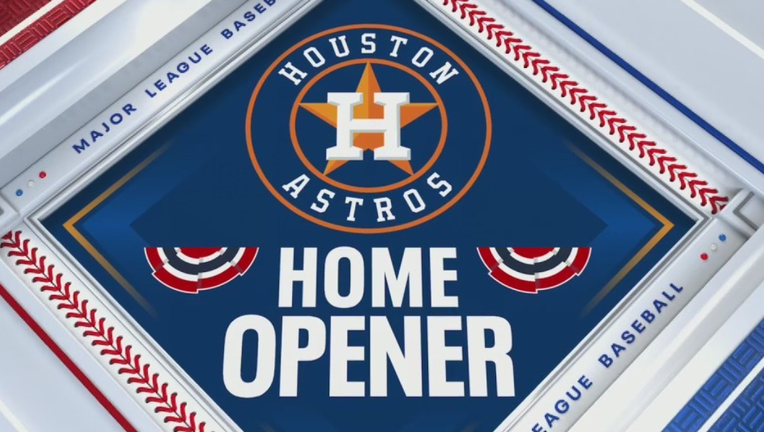 HOUSTON - Finally, it's here - Opening Day 2022 at Minute Maid Park. The Astros have already won five games this season and looking for more as they swing for the ring once again.

Before the opening pitch in the Juice Box, the FOX 26 Morning team offers this look at everything new for 2022.

What's new at the ballpark this season?

Melissa Wilson and Nate Griffin talk with Astros Senior Vice president of Marketing and Communication Anita Sehgal about all the new things at Minute Maid Park this season.

But before you even get into the park, there's a new mural outside.

Speaking of murals inside, there's a new tribute to 60 years of baseball in Houston.

Ruben Dominguez takes a closer look at the new mural at Minute Maid Park celebrating 60 years of baseball in Houston. Artists Jesse DeLeon (@dleonartz) and Rachel Toalson about their work on the intricate mural.

RELATED: HOW TO SCORE DEALS ON TICKETS AND SNACKS FOR HOUSTON ASTROS GAMES

The Astros are all about leveling up and that includes helping others in our great city.

The Houston Astros team up with the Sunshine Kids to help brighten the lives of children battling cancer.

Many people attend the Astros home games, but only see a portion of the ballpark. Chelsea Edwards takes us on a behind-the-scones tour.

KEEP UP WITH THE TEAM ALL SEASON LONG

There's a new way to shop at Minute Maid.

And of course, no trip to the ballpark would be complete without a stop at the Team Store.

Ruben and Lina shopping at the Team Store

Ruben Dominguez and Lina DeFlorias take a quick look at some of the new merchandise available this season in the Team Store, including the new City Connect line of clothing

There you have it, a quick look at what's in store for the 2022 season at Minute Maid Park. Only one thing left to say: GO 'STROS!!