FRIENDSWOOD, Texas - A man who was found dead in a Friendswood home had a head wound consistent with foul play, police say.

The man was found Monday afternoon, but police believe he had been dead in the home for several days.

Friendswood police were called to a home in the 400 block of Oak Vista around 12:40 p.m. and found a man dead in the front hallway of the residence. The Galveston County Medical Examiner’s Office also responded to the scene.

The man’s identity has not been confirmed.

Police say they do not believe the homicide was random, and there is no active threat to the community. 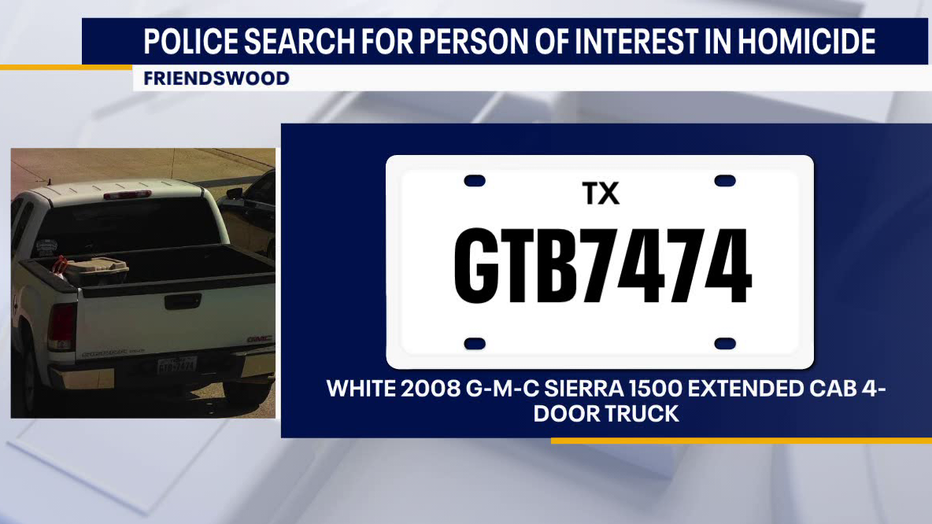 The Friendswood Police Department is searching for person of interest believed to be driving this pickup truck.

Authorities are searching for a person of interest believed to be in a white 2008 GMC Sierra 1500 extended cab 4-door truck with Texas plate GTB7474. Police say surveillance video captured the vehicle leaving Friendswood around 11 a.m. September 10.

Anyone with information in the case or who knows of suspicious activity in the area is asked to call the Friendswood Police Department at 281-996-3300.