The United States is home to 63 stunning national parks. Here's a look at some of the most visited.

WASHINGTON - U.S. military veterans and Gold Star families can get a free lifetime pass to America’s national parks, forests, and other public lands beginning this week.

The National Parks Service said the new pass will be available starting on Friday, which is Veterans Day, as a thank you to military personnel and their families for their service.

The lifetime pass covers fees for a driver and all passengers in a personal vehicle, as well as pass holders and up to three adults at sites that charge per person, and applies to all of America’s national parks across the country.

It can also be used at national wildlife refuges, as well as standard amenity fees at national forests and grasslands, and at lands managed by the Bureau of Land Management, Bureau of Reclamation, and U.S. Army Corps of Engineers, officials said.

"Our national forests and grasslands represent so much of the beauty of the nation our brave service members have sacrificed so much for," Agriculture Secretary Tom Vilsack said in a statement. "Though they can never be fully repaid, by connecting the families of the fallen and those who served with these iconic places, we can, in a small way, say thank you." 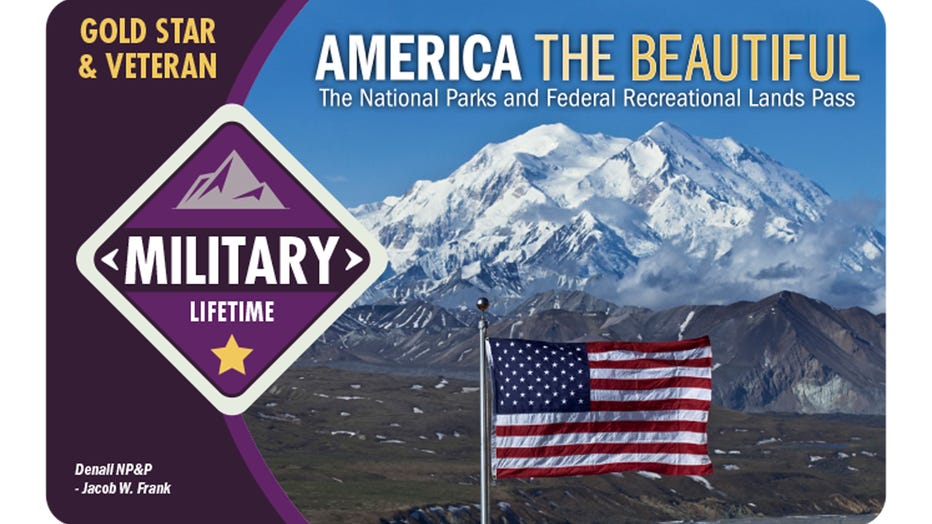 The free pass is part of a National Parks Partnership with Operation Live Well, a Department of Defense initiative that aims to improve the health and well-being of those in the defense industry. Officials hope to encourage recipients to explore their public lands and waters, and all the recreational opportunities they offer.

National Park Service Director Chuck Sams called the lifetime pass "a small token of appreciation for veterans who have bravely dedicated their lives to defending our freedom."

"As a veteran, I know firsthand the many sacrifices that members of the Armed Forces and their families have made in service to our country, and I am thrilled that Gold Star Families and military veterans can now enjoy lifetime access to national parks and other public lands," Sams added.

"The Lofgren family are so proud to have Alexander Lofgren’s name attached to the Alexander Lofgren Veterans in Parks Act," his family, including Retired Col. Joseph Lofgren, said in a statement after the bill was signed into law. "As an advocate for veterans, a military family member and veteran himself, Alexander’s wish to make National Parks accessible to veterans and gold star families has been realized through this act."

How veterans, Gold Star families can get free lifetime pass 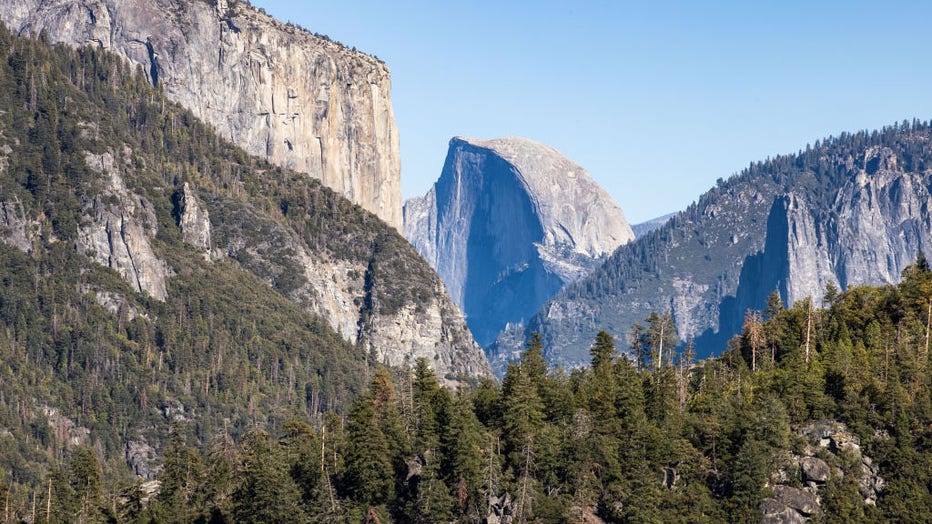 To get the free lifetime pass, veterans need to present one of the four forms of acceptable ID: Department of Defense ID Card, Veteran Health ID, Veteran ID Card, or veteran’s designation on a state-issued US driver’s license or ID card.

The ID can be presented at participating federal recreation areas that normally charge an entrance fee to get the pass. Click here to find a location near you.

Gold Star family members, who are spouses, children, parents, and siblings whose loved ones died in service to our nation, can download a voucher here. to print and present to park staff to get the lifetime pass. They can also obtain a free Military Lifetime Pass online through the USGS Online Store, though it comes with a processing fee.

The lifetime pass does not cover expanded amenity fees such as camping, tours, or special recreation permits, reservation fees, and fees for organized groups or concession-operated facilities or activities, officials said.