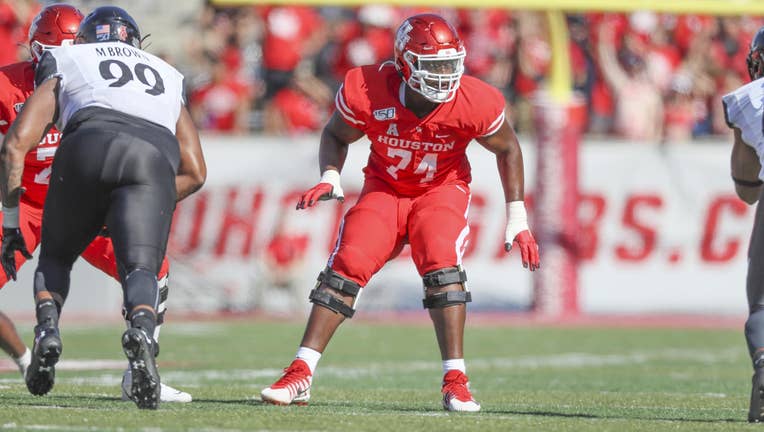 Count the National Football League as being on the same page with them.

The League usually invites about 50 of the top players to the Draft and Jones recently received his invitation.

Because of the coronavirus pandemic, this year’s NFL Draft will take place as scheduled April 23-25, but without players and fans.

The players who were invited will be scattered around the country taking part from a distance.

“I’m still gonna be able to get my name called and that’s all I care about,” Jones said.

“It just goes to show I’m one of the top guys in this Draft as far as teams looking at taking me.”

Because of the COVID-19 pandemic, Jones cannot take normal visits with the NFL teams who want to meet with them.

So Jones has met with or will meet with a number of them via video conferencing, like Zoom.

“I’ve probably done about 10 or 12 of them with about six or seven more to go that have already been scheduled,” Jones said.

“They want to get as much information as they can.”

In nine games last season Jones allowed only one sack.

Pro Football Focus ranks him as the top pass blocker of all seniors in the NFL Draft.

To stay in shape and stay sharp while all training facilities have been shut down, Jones is working in parks with his trainer Marvin Hollie Jr, an offensive line specialist who owns the company Get Rite Training.

University of Houston head coach Dana Holgorsen is not surprised that Jones is expected to be taken quickly in the Draft. 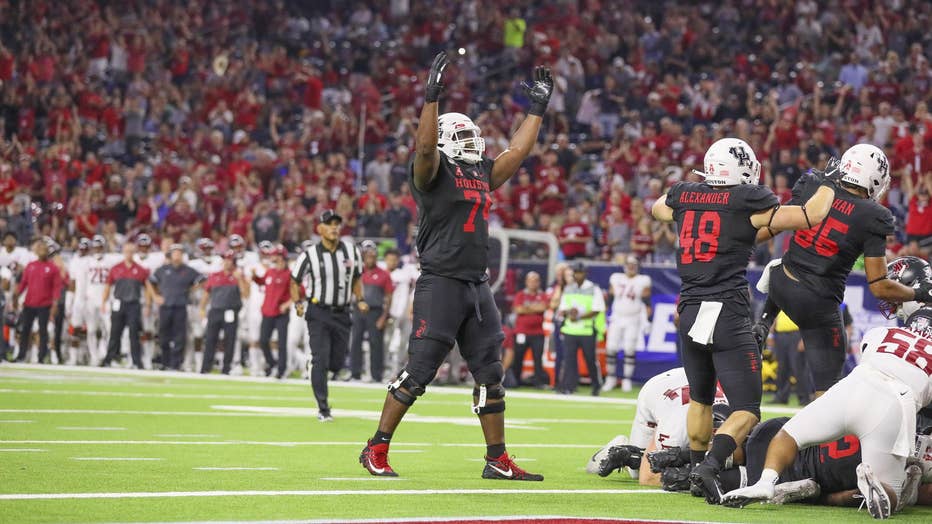 Holgorsen says what he’s most proud of Josh for is after getting five offensive line coaches in five years, instead of saying why do I want to do this again (during his senior season) “he listened and he put his head down and he went to work and he got better and about to get paid because of it.”

Jones missed out on the annual ritual of going throw UH’s Pro Day, canceled because of the pandemic, but he is not thinking about himself.

“It’s kind of unfair,” Jones said. “I was able to go out there, perform at the Combine, Senior Bowl and stuff like that, but some of those guys didn’t get that opportunity and this was there one opportunity and now it was taken from them. I’m more upset for those guys.”

To help him navigate through the business side of the NFL Jones hired agent Joel Segal.

“He’s big-time,” Jones said. “It’s an amazing feeling I was able to get in contact with him and bring him on my team.

“He’s one of the best in the game. He’s a super-agent, top-notch. Everything he said he was gonna do he did so far with me and I know we’re gonna have a long, long career working together. He’s a great guy, a great agent, and a great family man. I’m happy to have him on my team for sure.”

And Jones believes playing for the University of Houston helped build the foundation for his NFL career.

“I was able to create a new culture, create a winning culture there, hopefully for a long time with Dana Holgorsen. I know he’s gonna lead that team for a long time. They got some good players there and they’re gonna win some ballgames.”

Jones hopes to do a lot of that in the NFL.