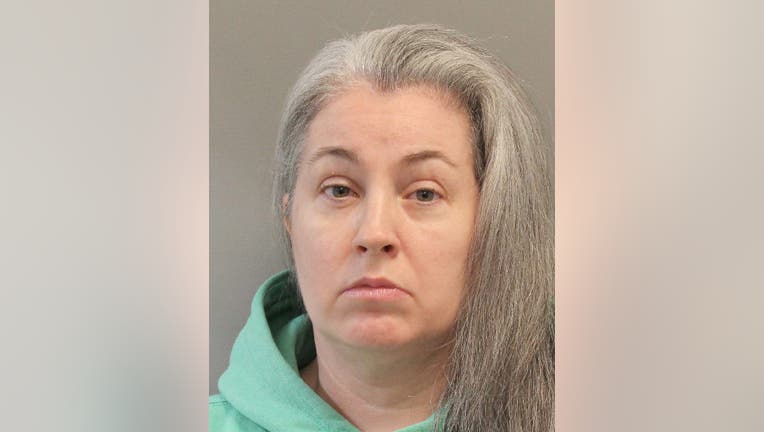 HOUSTON - A former Langham Creek High School teacher is facing sexual assault charges after an incident took place last year with one of her students.

Sarah Suggs, 47, is charged with sexual assault of a child under 17 years of age.

According to court documents, the incident occurred on Dec. 10, 2021, inside a vehicle that was parked on the victim's street.

Three days later, according to records, the student's family met with Langham Creek High School administrators to tell them about explicit information they found on the student's cell phone.

The 15-year-old victim, who was a student in Suggs English class, admitted to his mom that he had sexual contact with Suggs on December 10, 2021, after messages were sent to him by Suggs, according to court documents.

During an interview with the Cy-Fair Independent School District Human Resources, the teen said it all began on "Remind 101," which is a way for teachers to communicate online with students and their parents. He said the communications began around Nov. 1, 2021 when he transferred into her English class.

Court documents said photos and videos were sent and received through Snapchat. However, Suggs didn't allow the student to save the images and said "she could lose everything if their relationship was known."

Cy-Fair ISD sent the following statement regarding the incident,
"As soon as the campus became aware of the serious allegation of an improper relationship between Sarah Suggs (a former staff member) and a student, Ms. Suggs was immediately removed from campus, placed on administrative leave, and law enforcement conducted a full investigation.  Ms. Suggs resigned on 1-10-2022. These actions are intolerable and not representative of the staff at Langham Creek High School or CFISD employee standards of conduct."