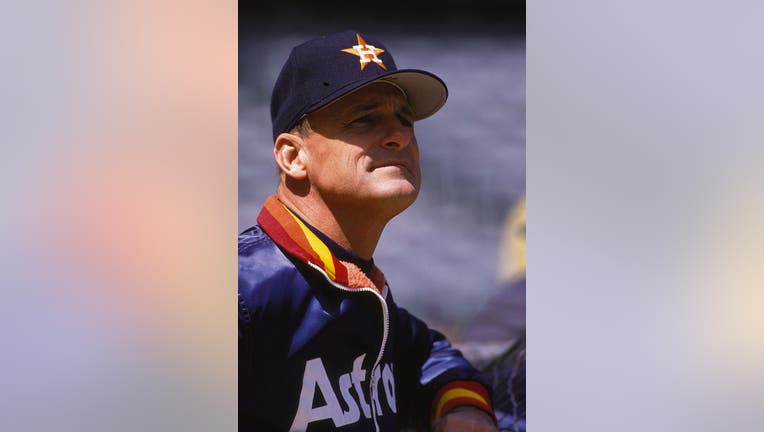 PHILADELPHIA, PA - MAY 1: Art Howe #18, manager of the Hosuton Astros, looks on during a baseball game against the Philadelphia Phillies on May 1, 1992 at Veterans Stadium in Philadelphia, Pennsylvania. (Photo by Mitchell Layton/Getty Images)

HOUSTON - Former Astros manager and player Art Howe was released from Memorial Hermann Hospital after being admitted Tuesday due to COVID-19.

While Howe was released from the hospital after being admitted Tuesday for COVID-19, he says he'll have to be isolated for another week or two at home.

"It's another week to two weeks that I got to be isolated here at home again. They just said there are so many different complications and different things with it, it's just not the same for everybody," Howe said.

Howe said, "It's no joke. It's certainly no joke. Definitely take things seriously. Think about your fellow man. It's important. This is a crazy thing."