In 2019, the Angels were in Texas to play the Rangers when the 27-year-old Skaggs was found dead inside of his Southlake hotel room with a mix of ethanol, fentanyl and oxycodone in his system. 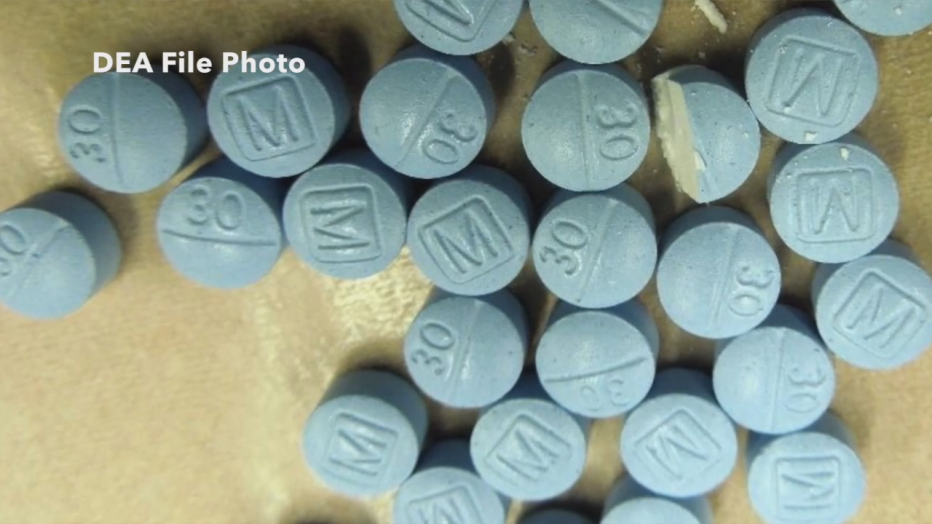 Kay, the Angels communications director at the time, originally denied giving the pills to Skaggs in an interview with law enforcement.

Investigators later found text messages from Skaggs asking Kay to stop by his room with pills on the night of his death. 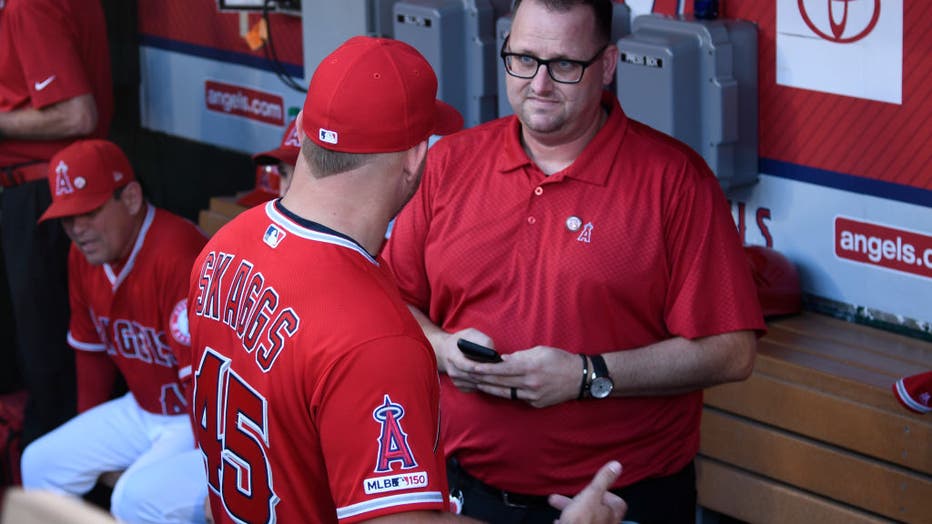 ANAHEIM, CA - JULY 12: Mike Trout of the Los Angeles Angels speaks to Eric Kay in the dugout before playing against the Seattle Mariners at Angel Stadium of Anaheim on July 12, 2019 in Anaheim, California. (Photo by John McCoy/Getty Images)

At Tuesday's sentencing hearing, prosecutors played jailhouse phone calls and emails from Kay to show his lack of remorse.

He also mocked the Skaggs family, calling them "dumb" and "white trash" and prompted his mother to plant negative stories about them in the media.

"All they see are dollar signs," he said of the Skaggs family. "They may get more money with him dead than he was playing because he sucked."

The Skaggs family released a statement shortly after the final sentence was announced.

"We are very grateful to everyone who worked so hard to investigate and prosecute Eric Kay. Today’s sentencing isn’t about the number of years the defendant received. The real issue in this case is holding accountable the people who are distributing the deadly drug fentanyl. It is killing tens of thousands of people every year in our country and destroying families along with it. We will continue the fight to hold responsible those who allowed Kay to provide a deadly drug to Tyler. But for their actions, Tyler would still be with us today."

Following the hearing U.S. Attorney Chad Meacham said, ""The Skaggs family learned the hard way: One fentanyl pill can kill. That’s why our office is committed to holding to account anyone who deals in illicit opioids, whether they operate in back alleyways or world-class stadiums."