Fire crews go back to Wharton plant after fire reignites

Hours after multiple agencies worked to extinguish a massive fire at Prime Eco Group Plant in Wharton, flames reignited, prompting fire crews to go back to the scene.

SkyFOX was over the Prime ECO Group Plant located at 2933 Highway 60, which showed smoke still billowing and a small fire. Fire crews showed up to put out the flames.

The shelter-in-place was lifted for residents of Wharton after the major chemical plant fire that erupted Tuesday night around 10, sparking multiple explosions.

Multiple fire departments responded to the scene at the Prime ECO Group Plant. After several hours they were able to extinguish it.

A shelter-in-place at a Prime Eco plant in Wharton has been lifted after a massive fire overnight.

The fire was ignited in building three of the plant, but it’s unclear what sparked this chemical fire.

According to the company's website, it manufactures chemical products for the oil, gas and construction industries. 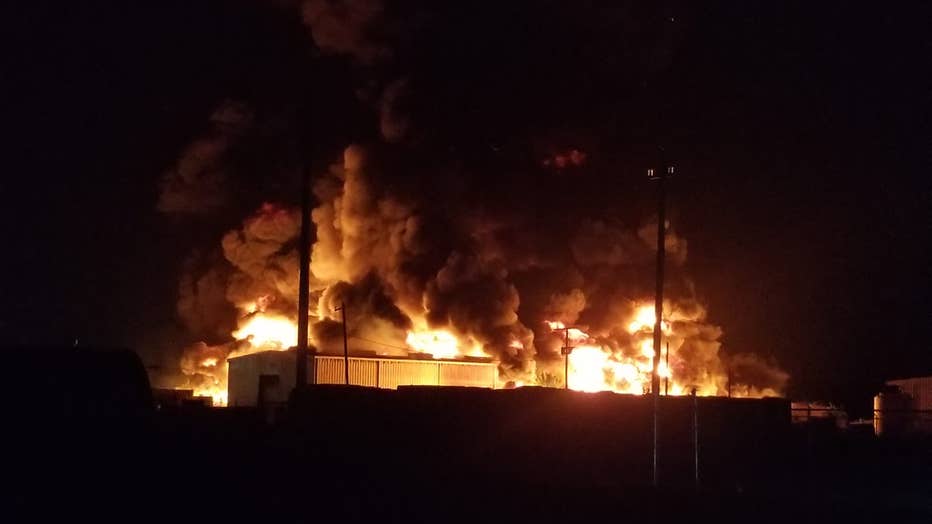 Products like hand sanitizer and some fuel stabilizer were engulfed in flames, leaving behind major damage to the building.

Highway 60 was forced closed overnight, but it appears to be back open Wednesday morning and police have left the area.

Fortunately, there were no reported injuries.

The cause of the fire is still under investigation.