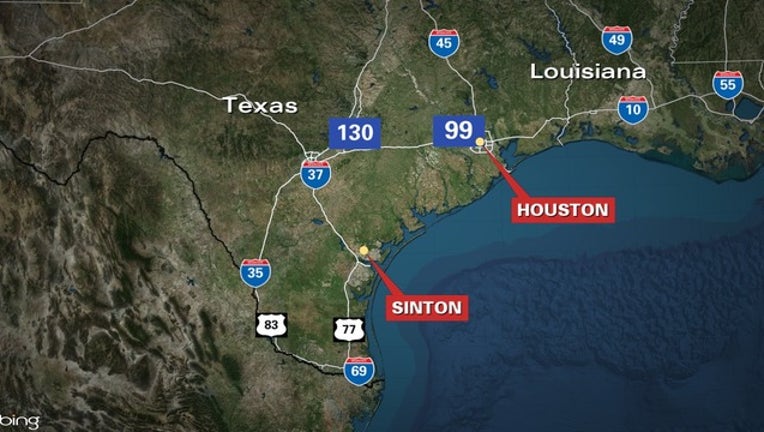 SINTON, Texas (AP) - Authorities say five members of a family have died when their SUV went off a South Texas overpass and plunged to the roadway below.

Texas Department of Public Safety Sgt. Nathan Brandley says the driver of a Chevy Suburban may have fallen asleep early Tuesday while traveling from Georgia to Mexico.

He says nine people were in the SUV and DPS was notified of the wreck about 3:30 a.m.

The Suburban, which was towing a trailer, caught fire when it fell from the overpass north of Sinton. Five of the occupants died at the scene.

The four others were taken to a hospital in Portland, just northeast of Corpus Christi, with what Brandley described as non life-threatening injuries.

No other details were immediately available as the investigation continues.