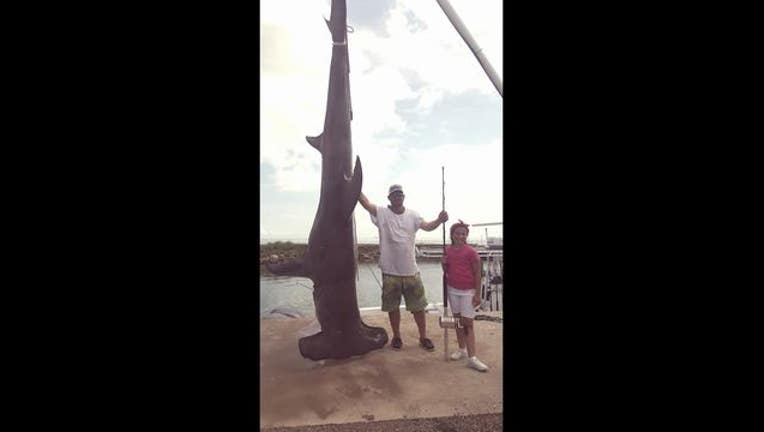 TEXAS CITY, Texas (AP) - A 1,033-pound hammerhead shark caught over the weekend during a fishing tournament based in Texas City is a record for the species in Texas and one of the largest fish ever caught in the state.

Tim McClellen has been fishing for 20 years and says you never know what's going to bite when you drop your line.

Records also show the biggest fish in Texas is a 1,129-pound tiger shark reeled in from the gulf in 1992.