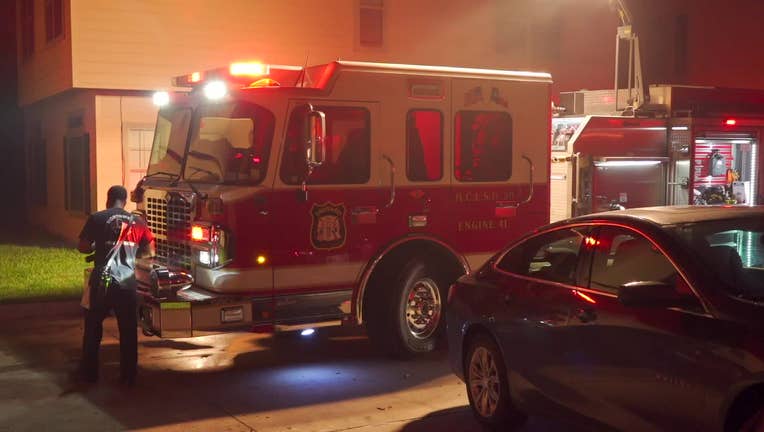 Firefighters at the scene of a garage fire on Montgomery.

HOUSTON - Authorities say fireworks appear to have caused a fire to start inside the garage of an apartment in north Harris County.

The fire was reported around midnight in the 9900 block of West Montgomery Road.

According to the Harris County Fire Marshal’s Office, residents were popping fireworks earlier in the evening and then cleaned them up by putting them in a trash can in the garage.

Officials believe the fireworks were not completely out and began to smolder, starting a fire in the garage of a duplex.

The residents were able to use a water hose to contain the fire until the fire department arrived and extinguished the fire.

Authorities say there was some fire and smoke damage to the garage and the second story of the duplex. No injuries were reported

The fire marshal’s office encourages the public to douse their fireworks with water before putting them in the trash or to leave them outside away from combustibles.