During a White House COVID-19 briefing, Jeffrey Zients highlighted companies and businesses that are increasing vaccination mandates and implementing new policies and initiatives to help slow the spread of the highly contagious delta variant.

WASHINGTON - As of Aug. 6, nearly half of all Americans (165.6 million) had been fully vaccinated against COVID-19, and the FDA is reportedly on the verge of unveiling a strategy to administer booster doses.

According to a report by The Wall Street Journal, the FDA expects to roll out the booster strategy by early September. The FDA did not immediately respond to FOX Television Stations’ request for comment.

The Biden administration is pushing for the swift release of a booster strategy because some of the earliest recipients of the vaccines — such as health care workers, the elderly, the immunocompromised and the clinical trial participants, may see their vaccines’ protection decline. 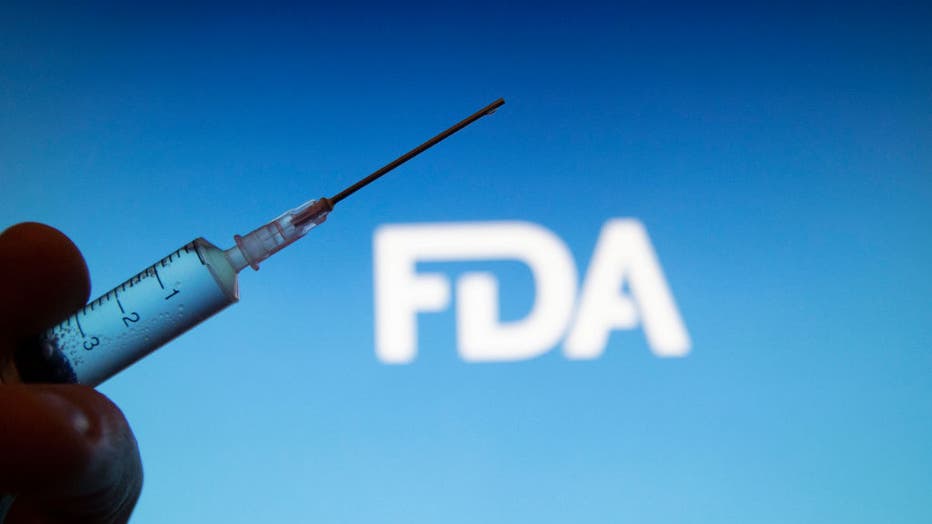 In this photo illustration, a medical syringe is seen with FDA logo. (Photo Illustration by Nik Oiko/SOPA Images/LightRocket via Getty Images)

Last month, the World Health Organization downplayed the need for booster shots, saying there wasn’t yet enough data to warrant an additional dose. Instead, the WHO pleaded with wealthier nations to share vaccines with poorer nations that have yet to inoculate a significant portion of their populations.

Israel, which has already begun administering boosters to its older citizens, has faced criticism for not offering its surplus in vaccines with Palestinians.

But both companies have considered the need for boosters an eventuality — especially with the emergence of the highly infectious delta variant, which has been responsible for the surge in cases this summer.

The delta variant has led to a rise in breakthrough cases, which is when a fully vaccinated person becomes infected. Even so, vaccinated people have largely been spared serious illness, according to the CDC.

RELATED: CDC: Less than 1% of breakthrough COVID-19 cases led to hospitalization or death

Pfizer and Moderna are seeking full FDA approval for their COVID-19 vaccines, a process that could be complete before the end of the year. The companies are also conducting clinical trials on minors in order to get the vaccines authorized for young children.

That, too, could happen by the end of the year.