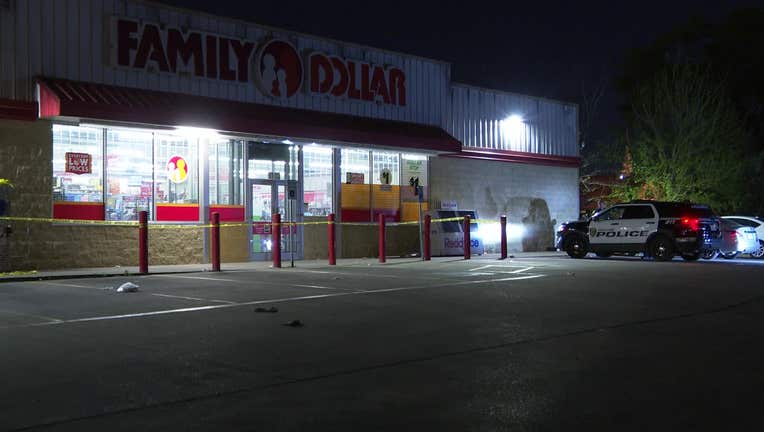 The Houston Police Department investigates a robbery and a shooting in the 3100 block of Collingsworth.

HOUSTON - A clerk was shot during a robbery at a Family Dollar store in northeast Houston on Wednesday night, police say.

The shooting was reported around 9:30 p.m. in the 3100 block of Collingsworth.

Police say two male suspects entered the store, and one of them ended up shooting a clerk in the leg during the robbery.

The suspects got away with some cash from the register, police say.

The clerk was taken to the hospital in stable condition.