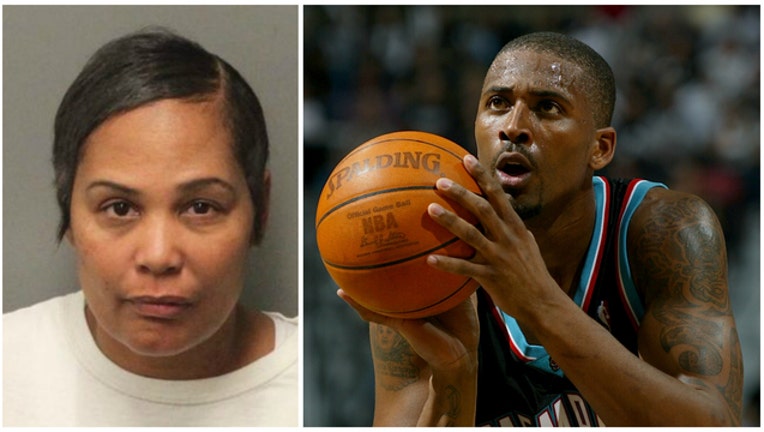 MEMPHIS, Tenn. (AP) - Authorities say the ex-wife of former NBA player Lorenzen Wright has been charged with first-degree murder in his death more than seven years ago.

Memphis Police Director Michael Rallings said Saturday that Sherra Wright faces charged in the death of her ex-husband, a Memphis native who played for five teams over 13 seasons as a forward and center in the NBA.

Police records show she was arrested in Riverside County, California on Friday night.

Wright's body was found in suburban Memphis on July 28, 2010 - 10 days after the 34-year-old was reported missing. He was shot multiple times. The seven-year investigation into his death has been one of the Memphis Police Department's most high-profile unsolved cases.

Billy R. Turner was indicted on a first-degree murder charge on Dec. 5 in Wright's death.
He has pleaded not guilty. Media reports have said he and Sherra Wright attended the same church.