SAN ANTONIO (AP) — A former San Antonio police officer who shot a 17-year-old as the teen put his car in reverse while eating a hamburger has been indicted by a grand jury on two counts of aggravated assault by a public servant and one count of attempted murder, prosecutors said Thursday. 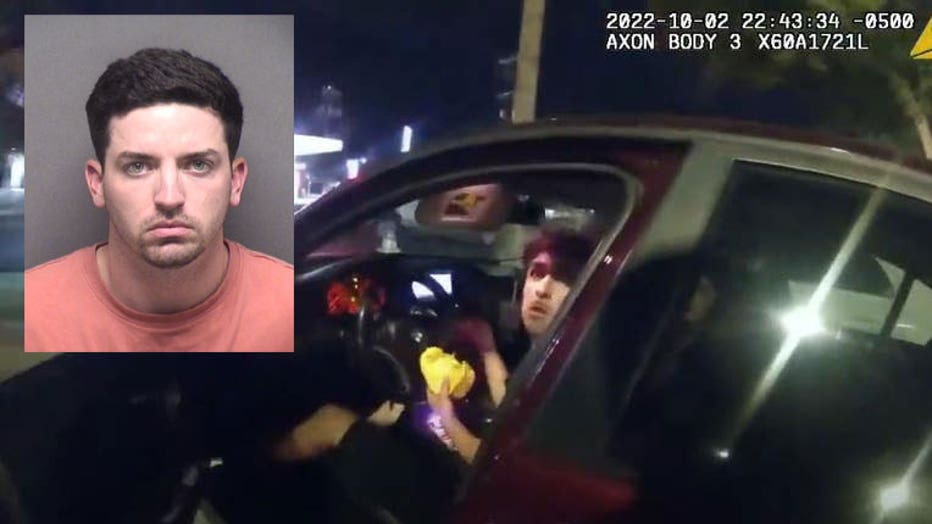 James Brennand, a 27-year-old rookie officer, was fired and charged with the two counts of aggravated assault after shooting Erik Cantu on Oct. 2 in a McDonald’s parking lot.

Bexar County District Attorney Joe Gonzales said that one of the aggravated assault charges is for shooting Cantu and the other is for shooting in the direction of his female passenger. He said the attempted murder charge relates to the shooting of Cantu.

SUGGESTED: Couple charged with depriving kids of food, beating them until they bled

"We know that most officers in this city care deeply about this community, but we cannot have a safe city if the community does not have trust in the criminal justice system," Gonzales said.

Cantu was released from the hospital last week, nearly two months after the shooting. In a statement after his release, his parents said he "still has a long road to recovery."

Ben Crump, the Cantu family’s attorney, said in a statement that the indictments were "a relief" for Cantu and his family.

"Erik and his family are grateful for the outpouring of support they have received, not only in Erik’s fight for survival, but also in our fight for full justice," Crump said. "Today, we are one step closer."

Police said Brennand had been responding to an unrelated disturbance at the McDonald’s when he saw Cantu in a car he believed had evaded him the day before during an attempted traffic stop.

Police said Brennand violated his training and police procedures after approaching the car, which they said he believed to have been stolen. Although the car’s registration plates didn’t match the vehicle, the car was not stolen, according to police.

In body camera footage released by police, Brennand opens the car door and tells Cantu to get out. The car then drives backward with the door open, and the officer fires multiple times into the vehicle. He continues to shoot as the car drives away.

Brennand’s attorney, Jay Norton, did not immediately return a call from The Associated Press for comment on Thursday.