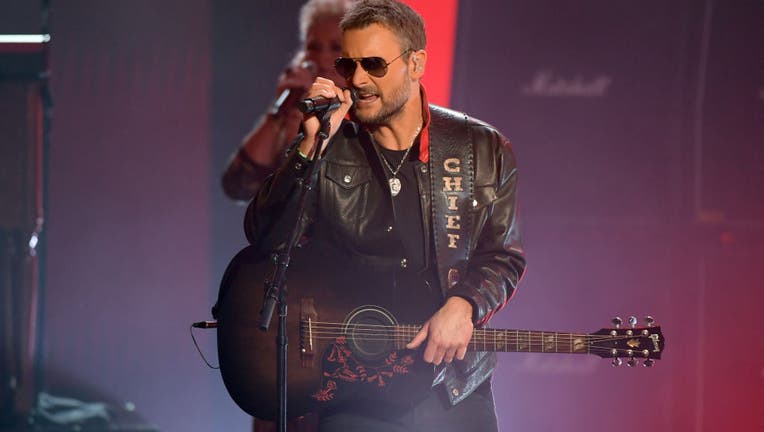 NASHVILLE, TENNESSEE - SEPTEMBER 14: Eric Church performs onstage during the 55th Academy of Country Music Awards at the Grand Ole Opry on September 14, 2020 in Nashville, Tennessee. The ACM Awards airs on September 16, 2020 with some live and some p

Eric Church is ready to jump-start his touring career again after the coronavirus pandemic took him off the road for months.

The country singer announced that he’s kicking off a new tour on September 17 that will keep him traveling and performing through 2022. The star announced the news with a message to his fans on YouTube announcing the title as his "Gather Again" tour.

"Hey everybody Eric Church here," he begins. "When I talked to you back in February, I told you that a North American tour was coming, but we were still waiting on the right time to release the details. I’m excited to share that the time is now. I’m happy to announce the ‘Gather Again’ tour coming to a city near you. I cannot wait to get back on the road and play live music with good friends."

According to Rolling Stone, Church’s first stop on his post-pandemic tour will be in Lexington, Ky. before heading off to play 55 more shows throughout the country over the proceeding nine months.

The outlet notes that Church will likely have plenty of new music to play when he embarks on this tour thanks in large part to his upcoming triple album release "Heart & Soul." The first of the three albums, "Heart" is expected to drop on April 16 with "Soul" coming soon after on April 23. Meanwhile, "&" will release April 20 exclusively for members of his "Church Choir" fan club, who will also get first dibs on tickets to all "Gather Again" tour dates.

Notable venues include New York City’s Madison Square Garden, The T-Mobile Arena in Las Vegas and The Anthem in Washington D.C. According to his tour website, Church will perform at the Toyota Center in Houston on April 8, 2022.

While Church has been hard at work making new music during the pandemic, he’s also been on a mission to get the country vaccinated so that he can get back to touring. He told Billboard earlier this month that he’s almost forgotten the feeling of being surrounded by fans.

"It looks so strange to see me in the middle of this pit, hugging everybody and taking shots of Jack Daniel’s," he told the outlet earlier this month. "It’s like, ‘What universe...?’ It just seems so far away. All I’ve ever done is play live shows. That’s my whole gig."

"I just want to play shows," Church added elsewhere in the interview. "Politics’ job is to divide — that’s how you win elections. Those things that unite us are music and sports. The times when, whether you’re a Democrat or Republican or whatever, you throw your arm around the person next to you."