Massachusetts Senator Elizabeth Warren has dropped out of the 2020 presidential race.

Warren announced her decision during a news conference outside her home in Cambridge, Mass. on Thursday afternoon.

While she said she'll likely endorse one of the two major candidates left on the Democratic side, she said that decision wouldn't be made today, the Associated Press reported.

“I need some space and I need a little time right now,” she said, standing next to her husband, Bruce Mann, and golden retriever, Bailey.

Warren built her career on an anti-elite narrative, swearing to root out corruption in Washington and promising to rebuild the dwindling middle class while diminishing the influence of money on politics.

Warren struggled to climb in the polls and her campaign lagged far behind the front runners following a frustrating fifth place in South Carolina. But her loss in her home state of Massachusetts on Super Tuesday might have been the final blow to her presidential campaign.

Even before polls opened in the Palmetto State, Warren’s home state of Massachusetts was invaded by rival Bernie Sanders, who rallied 10,000 supporters in Historic Boston Common, days before Super Tuesday. But former Vice President Joe Biden ended up ultimately snagging the state, with Sanders placing second and Warren coming in third.

Despite falling short in nearly every primary, Warren pressed on, saying that her campaign was “built for the long haul.” 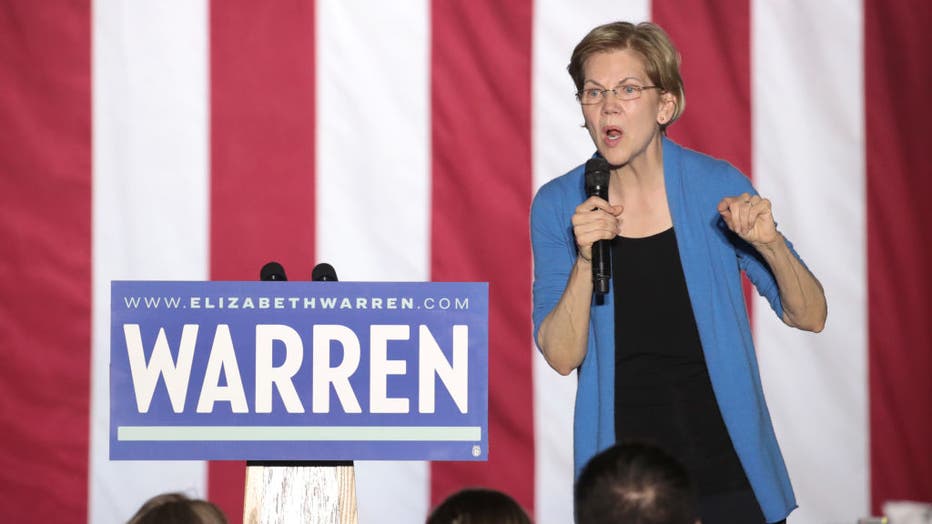 Warren had her best finish of the primary season in Iowa’s first-in-the-nation caucuses, securing third place. She finished fourth in both New Hampshire and Nevada.

Warren acknowledged the first four contests in the Democratic primary season had not gone well for her campaign, but had pledged to fight for as many delegates as possible on Super Tuesday and to press on to the Democratic Convention.

After Joe Biden’s strong performance with South Carolina’s African-American voters, Warren’s inability to secure a diverse enough voter base just before Super Tuesday weakened her standing in the field overall.

While Warren made a point to go after nearly everyone on every debate stage, accusing former New York Mayor Mike Bloomberg of buying the election and slamming Vermont Sen. Bernie Sanders for having good ideas that always fail, Warren apparently could not prove to voters that she was the stronger choice.